Nigeria calls for an end to violence in Cameroon 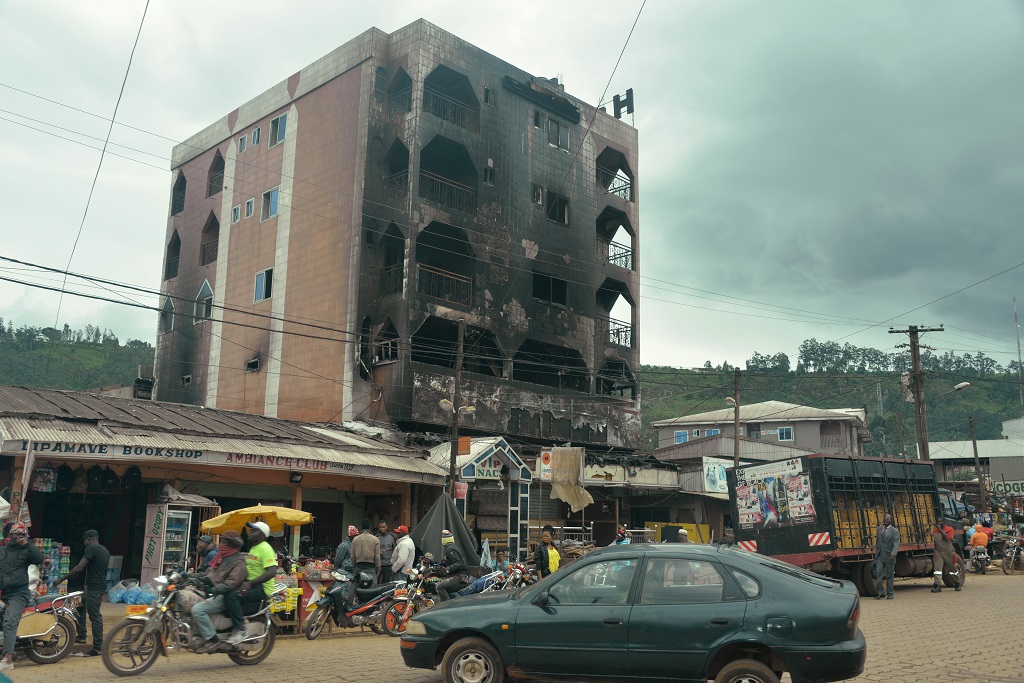 This photo taken on June 16, 2017 in Bamenda shows a hotel destroyed by a fire, allegedly attributed to a radical separatist movement demanding the independence of the anglophone region from the rest of francophone Cameroon.

YAOUNDE, Cameroon - Nigeria called for an end to violence in neighbouring Cameroon, where a crisis sparked by a separatist drive in English-speaking areas has forced thousands of people to seek sanctuary across the border.

"The Nigerian government supports a swift return to peace in Cameroon and the preservation of its territorial integrity," said the ambassador, who is also a special envoy of Nigerian President Muhammadu Buhari.

The meeting came as thousands of Cameroonians fled across the border into English-speaking Nigeria.

While some are fleeing the unrest, others are suspected to be secessionists in favour of armed struggle, who could use the Nigerian side of the border as a base.

"Citizens can stay in either country, so long as they respect the law and they do not engage in activities aimed at destroying their own country," he added.

Mounting violence in the English-speaking west of mainly francophone Cameroon claimed the lives of dozens of people, including five police officers and five soldiers in November, according to an official tally.

Resentment over perceived discrimination and a tough crackdown on separatist political forces has provoked secessionist demands in anglophone regions, which account for about a fifth of Cameroon&39;s population of 23 million.

The government in Yaounde has also reached out to the anglophone community for political dialogue.