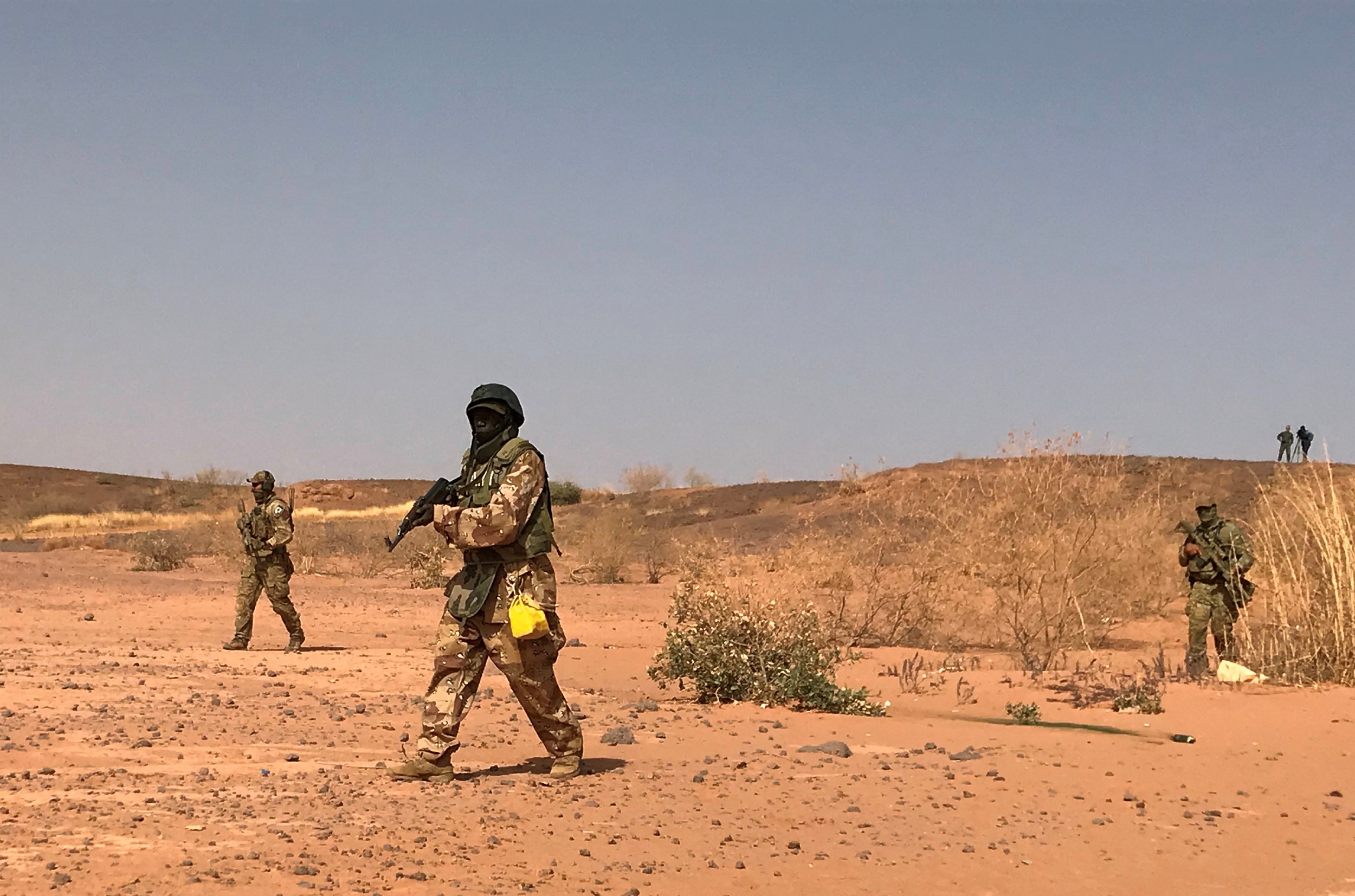 Nigerian commandos simulate a raid on a militant camp during the US-sponsored Flintlock exercises in Ouallam.

Malam Garba Shehu, the Senior Special Assistant to the President on Media and Publicity, made the remarks in a statement in Abuja on Thursday. According to the presidential aide, the report is does not contain factual leads that could have laid the foundation for investigative actions.

He noted that findings were attributed to people but proper description of such people constituting the source of information was not provided.

“Engagement was claimed to have been made with Nigerian authorities but which authority is it, is not provided with clarity. This then is just a wild goose chase report, in essence. In some breath, the report seemed like the one in 2015, and the one in 2016, and the one after that year, the same things being recycled again and again," said Shehu.

“It ignores the fact of the existing mechanisms put in place by the military, as a self-correcting step and the high-level committee constituted by the Presidency to examine any such claims,’’ he further noted.

Shehu observed that over this period of time, the Nigerian military had indeed established cases of abuse and punishments meted out from Orderly Room trials and Court Martials that resulted in losses of rank, dismissals, and trials and convictions by civil courts.

He quoted President Buhari during his recent joint press conference with President Trump at the White House to further buttress his points as saying: “the government of Nigeria remains deeply committed to the principles of human rights, as well as promotion and protection of people’s freedom, even in the process of fighting terror. We commit to ensure that all documented cases of human rights abuses are investigated, and those responsible for violation held responsible.”

The 2017/2018 Reports of the Amnesty International on Nigeria had alleged that the Nigerian military “arbitrarily arrested and held thousands of young men, women and children in detention centres around the country."

It says that detainees were denied access to lawyers and family members.

While allegedly accusing the Nigerian army of various atrocities at Internally Displaced Persons camp in the North East region of the country, the Report also acknowledged that the army released 593 detainees in April and 760 in October 2017.

It also stated that the armed group, Boko Haram, had continued to carry out attacks, resulting in hundreds of deaths.

It said: “Reports continued of extrajudicial executions, enforced disappearances, and torture and other ill-treatment, which, in some cases, led to deaths in custody. Conditions in military detention were harsh. Communal violence occurred across the country. Thousands of people were forcibly evicted from their homes.’’

NAN observed that the authorities of the Nigerian army had since reacted to the Report by dismissing it, and accused the Amnesty International of deliberately attempting to tarnish the good image of the army.