Nigeria in talks to secure release of more Chibok girls 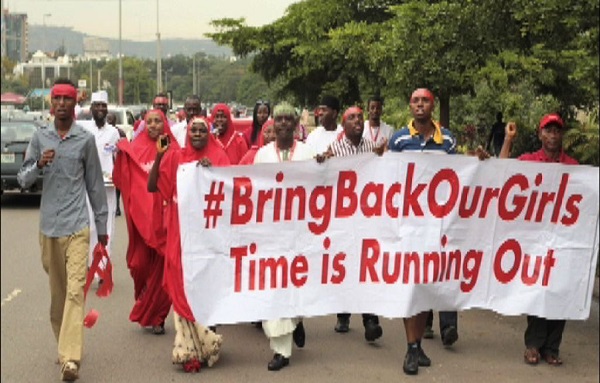 Time is running out for Chibok girls who were kidnapped by Boko Haram.

LAGOS - Nigerian authorities are involved in negotiations aimed at securing the release of some of the more than 200 girls kidnapped by Boko Haram in 2014 in the northeastern Nigerian town of Chibok, the president's spokesperson said on Thursday.

His comments, posted on Twitter, came in response to reports in Nigeria's media that some of the girls had been released by the Islamist militant group, which he said were untrue.

"The negotiations are ongoing and the Department of State Service, DSS is full of optimism that they will be successful," Garba Shehu, a spokesperson for President Muhammadu Buhari, said in a tweet.

"To my friends spreading the news of a further release of Chibok Girls, we are not there yet," he tweeted.

Around 270 girls were taken in April 2014 from their school in Chibok, Borno state, where Boko Haram has waged a seven-year insurgency aimed at creating an Islamic state, killing more than 15,000 people and displacing over two million.

Dozens escaped in the initial melee, but more than 200 girls remained missing until October when 21 of the girls were freed following mediation by Switzerland and the International Red Cross.

The jihadist group has kidnapped hundreds of men, women and children but the kidnapping of the Chibok girls brought worldwide attention to the group.

The Nigerian military has in recent weeks been carrying out a large-scale offensive in the Sambisa forest, Boko Haram's vast northeastern woodland stronghold.

A military spokesperson, in a statement issued late on Wednesday, said the army had rescued 1,880 people during operations in the forest over the past week. Reuters was unable to independently verify the claim.