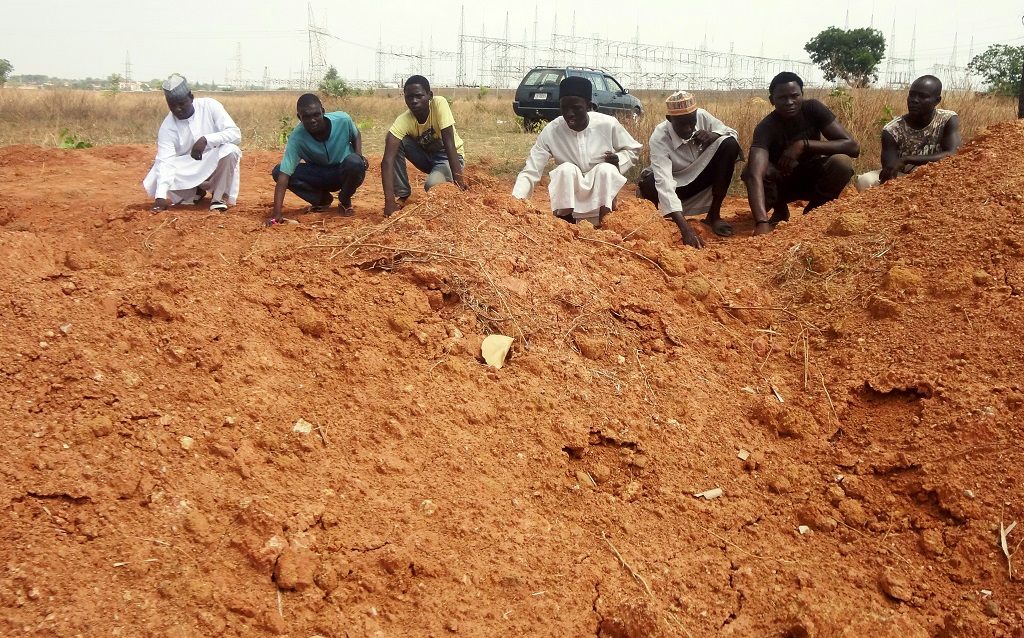 A picture taken on 26 April 2016 shows members of the Islamic Movement of Nigeria (IMN), a Shiite group, pray at a mass grave in the outskirts of northern Nigerian city of Kaduna.

MAKURDI, Nigeria - Huge crowds turned out in central Nigeria on Thursday at a funeral service for scores of people killed during clashes between cattle herders and farmers.

Tens of thousands of people, many of them dressed in black, gathered in Ibrahim Babangida Square in the Benue state capital, Makurdi, for the ceremony before a mass burial.

Emergency officials told AFP on Tuesday that 80 people had been killed since the start of the year, in violence that has led to mounting calls for President Muhammadu Buhari to act.

Benue state governor Samuel Ortom said 73 of the victims would be buried on Thursday.

The crowds began wailing as the simple, polished dark wood caskets were brought to the square on flat-bed trucks, according to an AFP reporter at the scene.

Violence between the mainly Muslim Fulani herdsmen and Christian farmers has claimed thousands of lives across Nigeria&39;s central states over the past few decades.

The conflict is being driven by an increasing need for resources -- primarily land and water -- and is often exacerbated by ethnic and sectarian grievances.

But the scale of the recent killings and similar tit-for-tat attacks in the neighbouring state of Taraba last weekend has put Buhari&39;s government and its response under the scanner.

The presidency said on Wednesday that the Nigerian Army had deployed special forces to Benue, Taraba and Nasarawa "to secure vulnerable communities and prevent further attacks".

Police have also sent reinforcements into the affected areas while in Benue, civilian militia groups have been set up.

The attacks in Benue have been seen as a response by the mainly nomadic herders to the introduction of a law banning open grazing in the state.

Buhari -- himself a Hausa-speaking Fulani -- has been criticised for failing to take action against his kinsmen. His government has proposed the creation of cattle ranches.

But with tensions running high and presidential elections set for early next year, the issue is being likened to Boko Haram&39;s Islamist insurgency in the northeast.

The perceived failure of Buhari&39;s predecessor, Goodluck Jonathan, to act against the jihadists was seen as a key factor in his election defeat in 2015.

Nobel laureate Wole Soyinka said Buhari, his government and the police appeared to be "in near-identical denial" about the herders&39; threat to Nigeria&39;s security.

"The ghosts of Jonathan seem poised to haunt the tenure of Muhammadu Buhari," he said in comments reported by Nigerian newspapers on Thursday.