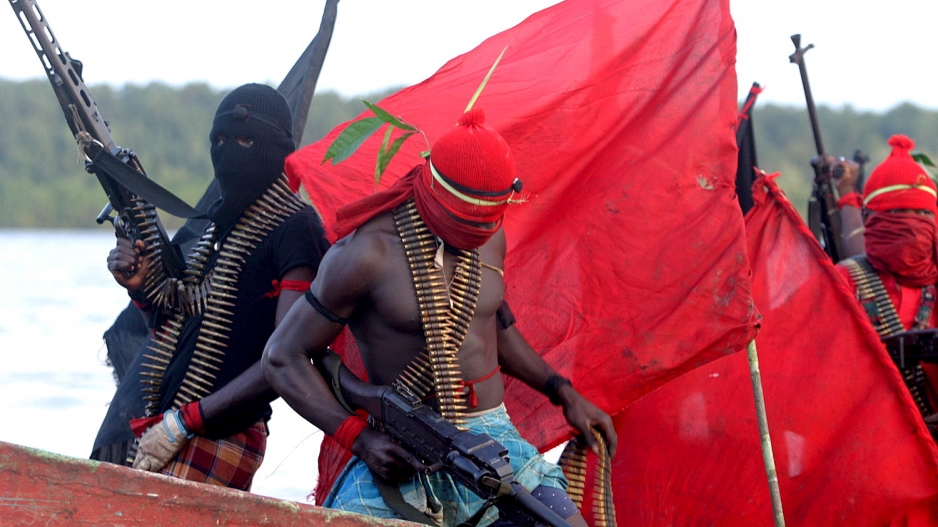 A file photograph dated 18 July 2008 shows militants from the Movement for the Emancipation of the Niger Delta (MEND) patrol the creeks of Bonny river near the LNG plant in the oil rich Niger delta region of Southern Nigeria.

LAGOS – Nigeria has resumed the payment of allowances to former Niger Delta rebels under an amnesty scheme, a spokesman said on Wednesday, after low global crude prices plunged the oil-rich country into a financial crisis.

"The payment of allowances is ongoing. Before now, there were some logistics issues, which we have addressed," programme spokesman Owei Lakemfa told AFP.

"But additional money has now been provided and the beneficiaries are getting their stipends through the central bank," he said.

The amnesty scheme was introduced in 2009 after years of violence, including kidnappings and attacks on oil and gas installations, by militants demanding a fairer share of revenues for local people.

Despite the billions of dollars generated since the discovery of crude in Nigeria in the 1950s, most people live in dire poverty around the creeks and rivers of the oil-producing southern delta region.

But the scheme&39;s future had faced uncertainty since President Muhammadu Buhari took office in May last year, with indications it would gradually be wound down.

Nigeria&39;s economy has been hit badly by the global fall in oil prices since mid-2014, which has reduced government revenues and forced up inflation to an 11-year high.

Under the scheme, a repentant militant receives 65,000 naira a month in exchange for renouncing violence.

About 30,000 ex-militants have joined the amnesty scheme, which the government initially planned to wind up by 2018, Lakemfa said.

"The decision to exit the scheme lies with the president," he added.

Some people on the amnesty scheme, particularly those studying abroad on government scholarships, have complained about not receiving their monthly stipends.

But Lakemfa said that ex-militants studying abroad had also been catered for.

"There is no problem at all with those on overseas training, as their tuition and allowances are being paid promptly," he said.

Officials say between 15,000 and 20,000 former militants are this year expected to end amnesty-funded vocational skills and academic programmes designed to integrate them back into society.

Nigeria has seen a resurgence in oil unrest since the beginning of the year.

Since February, militant group the Niger Delta Avengers (NDA) has carried out devastating attacks on the country&39;s key oil infrastructure, slashing output to around a third.

Pipelines operated by oil majors like Anglo-Dutch group Shell, US groups Chevron and Exxon, and Italy&39;s Eni, as well as the state-run Nigerian National Petroleum Corporation, have been targeted.

The NDA has spurned a government truce until its demands for a fairer share of the nation&39;s oil wealth for the Niger Delta residents, as well as self-determination and political autonomy, are realised.