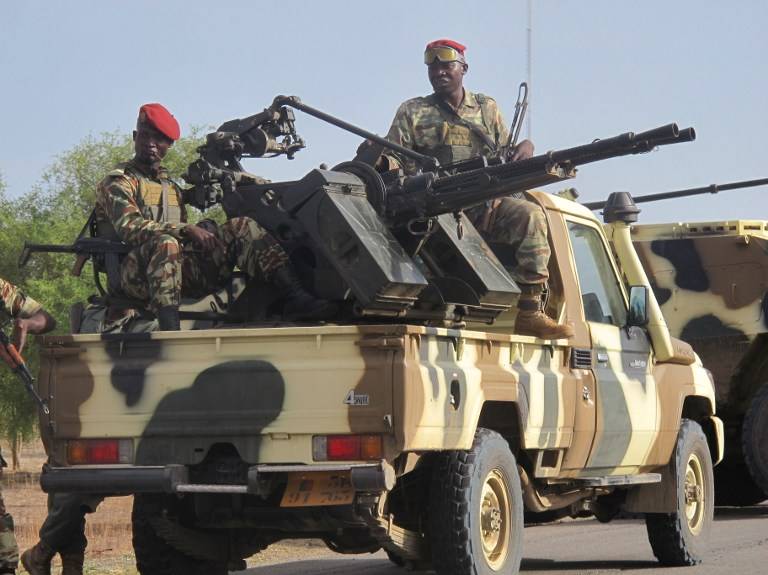 In an operation, troops under air cover cleared Boko Haram camps "and in the process rescued 61 persons abducted and held captive by the Boko Haram terrorists," the army said in a statement.

"The rescued persons were mainly women and children," the military said, adding that troops also "killed four terrorists and arrested one."

The Nigerian army had last October 28 also said it freed more than 330 people, mostly women and children, from Boko Haram&39;s Sambisa forest stronghold in an operation in the volatile northeast.

Of the survivors, 192 were children while 138 were women.

There was no independent confirmation of the army claims.

There has also not been any indication that any of the more than 200 schoolgirls seized by the Islamists in April last year in Chibok town, Borno state, was among those rescued so far.

Their kidnapping of the schoolgirls from their dormitory sparked international anger, with strong condemnation of then president Goodluck Jonathan for his slow response to the girls&39; plight.

Around 25 dead in Boko Haram raid in Niger and clashes with army: https://t.co/8NgIsljJ6q pic.twitter.com/WS1AsTIxC0

The Nigerian military has in recent months claimed a string of successes against Boko Haram in its quest to end the hardline Islamist group&39;s six-year insurgency.

In early August, the army said it had freed 178 people, including more than 100 children, following an operation near Aulari town, about 70km south of Maiduguri, the capital of Borno State.

President Muhammadu Buhari, who came to power in May on a pledge to crush Boko Haram, has given his military commanders until the end of December to defeat the rebels.

Boko Haram violence has killed at least 17,000 people and forced more than 2.5 million to flee their homes since 2009.

The group has also carried out deadly cross-border attacks in neighbouring Cameroon, Chad and Niger.