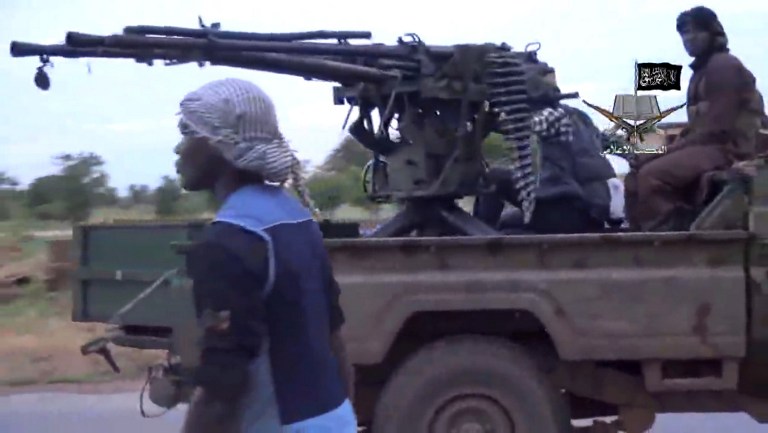 LAGOS - Boko Haram said in a new video on Wednesday that its elusive leader Abubakar Shekau was alive and still in charge of the Nigeria-based Islamist group whose six-year insurgency has killed thousands.

"Our leader, Abubakar Shekau is alive and remains our leader," declared a gun-wielding man surrounded by dozens of fighters in the 17-minute video in Arabic and Hausa that was posted on social media.

"Our allegiance remains with (Abu Bakr) al-Baghadadi," added the man who has appeared in previous Boko Haram videos, referring to the leader of the Islamic State group that has seized large swathes of Syria and Iraq.

In March Shekau proclaimed Boko Haram&39;s allegiance to IS.

Shekau has not been seen on video since February and had not spoken until an audio message last month where he disputed the Nigerian military&39;s claims of successes against the insurgents.

The shadowy leader&39;s absence since has sparked rumours about whether he is still alive or might have been deposed as leader, with other videos this year fronted by an unknown rebel.

The latest video also denied Boko Haram was losing to the military.

"They lied that they have confiscated our arms, that we have been chased out of our territories, that we are in disarray," the armed militant in the footage said.

"It is not true that 200 of our members have surrendered. It is also not true that our wives and children have been liberated, and that they have been enrolled in school," he said.

"The fact is that forces of the infidels have now resorted to propaganda because they have failed to subdue us in any way. We are still a force to reckon with."

The violence sparked by Boko Haram&39;s insurgency has claimed some 17,000 lives and made 2.5 million homeless since 2009.

The release of the latest Boko Haram video came as at least 14 people were killed Wednesday in three separate suicide bomb attacks in northeast Nigeria that were blamed on the militants.