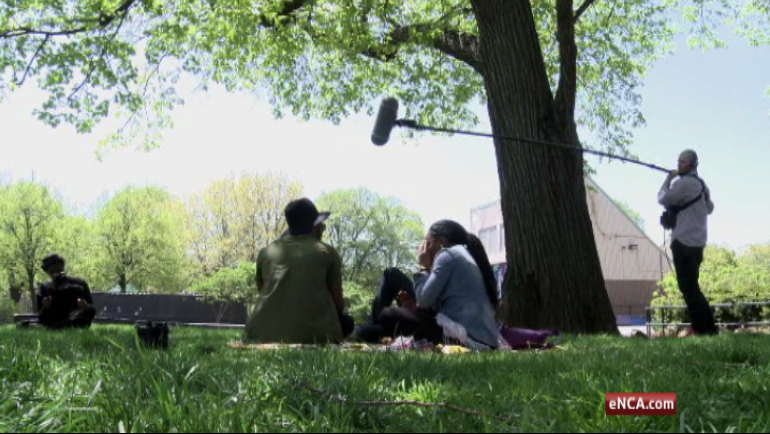 A Nigerian film-maker has launched a web series that follows five Nigerian roommates living in New York and their cultural journeys through the city.

NEW YORK - A Nigerian film-maker living in New York has found adapting to life in the US is a story in itself.
He has launched a web series that highlights the ups and downs of immigration, told through the lives of a group Nigerian friends.
From racism in America to politics back home, the show uses fictional characters to spark real conversations.
The series features an assortment of African voices.
Director Oluseyi Olatujoye says, "Even though its designed with Nigerian friends chilling in Brooklyn, we are trying to reach out to anyone that is interested in Africa, anyone that might have gone through these issues that we&39;re talkin&39; about."
From child molestation on the continent, to the recent Nigerian election, Olatujoye says the issues touched upon in his show are deeply important to Nigerians, but relevant to all.
Just last week protests broke out in America after a black man from Baltimore, Maryland, died in police custody -  Assorted Meat, the title of the web series, reacted with an episode on race.
“The issue of race affects every black person either if you are American or European or what not,” he says.
Actor Laolu Senbanjo reflects, "As long as you are in this skin it’s your problem, because truth is when I get out there on the streets or on the subway - nobody sees you as Ugandan ...or Nigerian, as far as America is considered you are black."
"There&39;s a lot of racial prejudice going on in the United States as we speak, and the fact that if it’s not addressed by all we would just be deceiving ourselves to say it’s just their problem, it’s not my problem..."
It may be scripted, but it’s based in reality.
It is a chance to make meaningful conversations, go viral.
Watch the full piece in the gallery above.