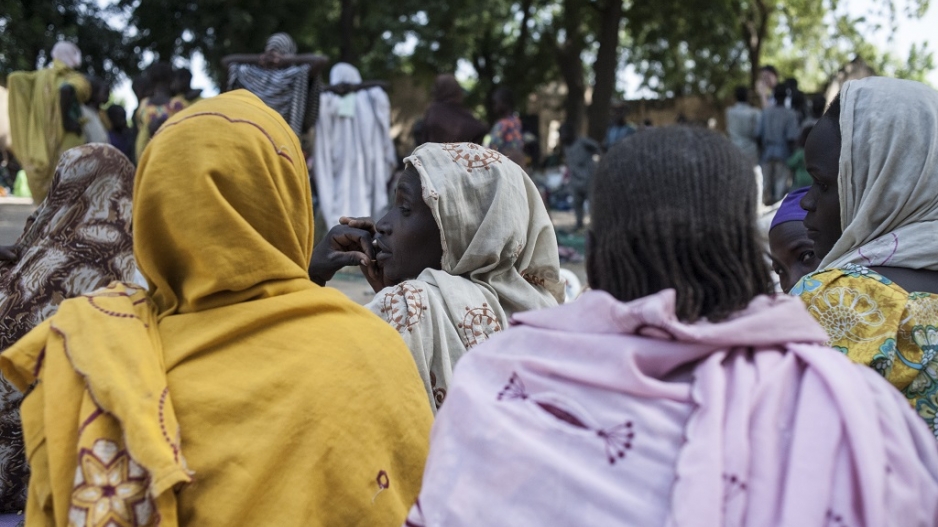 A group of women wait to be integrated into the Internally Displaced People camp, in Bama, Nigeria, on December 8, 2016 upon their arrival.

The United Nations High Commissioner for refugees lamented the trends, which it blamed on rising hunger.

More than 12,400 refugees returned abruptly to Banki, Borno State, in April and May, bringing the total number of returnees in the area to over 19,000.

Cesar Tshilombo, head of the UNHCR sub-office in Maiduguri, said the prolonged absence of food led to serious protection risks for the population.

“This includes sexual exploitation, in exchange for food and other services in Banki,” Tshilombo said.

He blamed reduced medical capacity, malnutrition and exposure to harsh weather conditions for the deaths.

Canhandula said the situation required a coordinated approach by the humanitarian community to reverse this dangerous trend.

“With overcrowding and current lack of water and sanitation facilities, UNHCR and other humanitarian actors predict a growing risk of a disease outbreak if urgent steps are not taken to reverse the current situation,” he added.

In Banki, some 100 kilometres southeast of Maiduguri and home to nearly 45,000 people, refugees were arriving to difficult conditions.

The returns resulted in enormous pressure on the few existing services, which were already stretched to the limit.

In Pulka, humanitarian groups were working frantically to resolve the acute water shortage.