Nigerians who fled Boko Haram are in 'great distress' 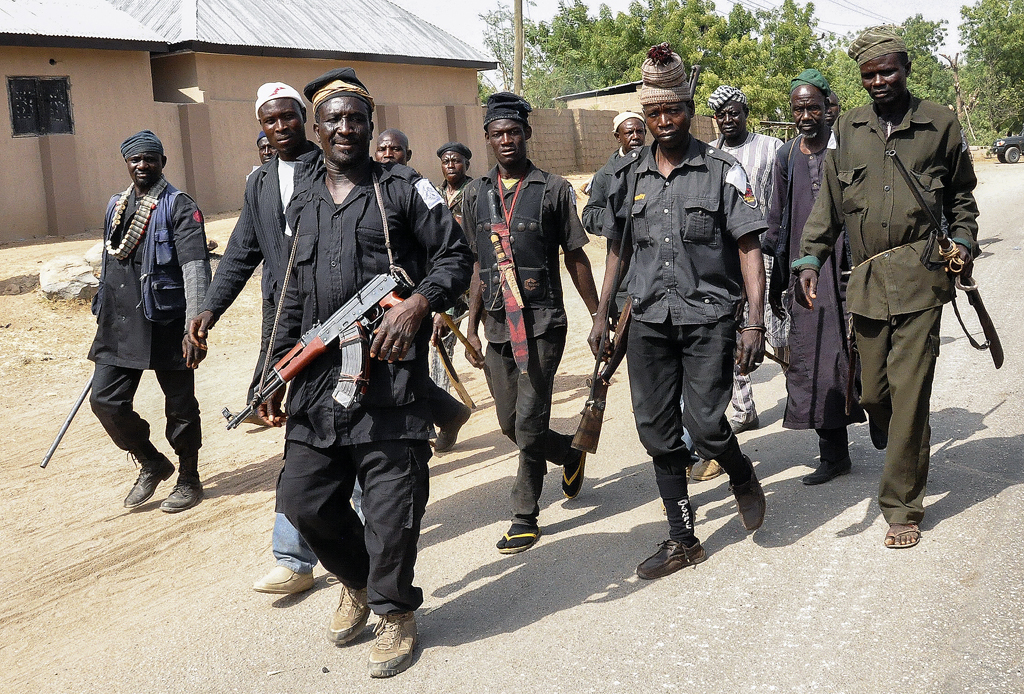 A group of Nigerian vigilantes on patrol in North East Nigeria to assist the Nigerian military in fighting against Boko Haram Islamic militants, Nigeria, 17 February 2015. EPA/STR

NIGER - Tens of thousands of Nigerians who fled a deadly Boko Haram attack are in "great distress", with many lacking food and healthcare, Niger&39;s interior minister said during a visit to the displaced Thursday.

Boko Haram attacked a military post in Bosso in Niger&39;s Diffa region on June 3, killing 26 soldiers including two from neighbouring Nigeria, in one of the jihadist group&39;s deadliest attacks in the country.

The UN refugee agency said some 50,000 people have fled since the attack in Bosso, a town in Niger near the border with Nigeria and Chad.

"The people are living in a state of great distress," said Mohamed Bazoum, who led a delegation of several ministers, representatives of UN agencies and NGOs.

But "the situation has improved significantly since one week ago when we reached the peak of the crisis", he told AFP.

Shortly after the delegation visited the Nguagam camp, which is some 40 kilometres (25 miles) north of Diffa, witnesses reported hearing numerous gunshots in the area.

"The camp was attacked. I don&39;t have a toll," said Mohamed Bazoum, a driver for the delegation.

In Diffa, a sea of tents and make-shift shelters housing mostly women, children and old people that are buffeted by winds and sand storms is spread out over a stretch of desert beside a main road.

Alongside the road, rows of cans to collect water are placed every five or six kilometres. Water trucks race back and forth to try and supply the refugees.

"The problem that has been best dealt with is that of water," said the minister.

But he said the health situation is "deplorable", and while food supplies have been consistent the influx of refugees "has not stopped".

"While the people who arrived a few days ago have been fed, those who are arriving now have still not been (fed) and will not be in the coming days," said Mohamed.

Some of the refugees complained to AFP that they had gone without food, sometimes for more than four days.

Arima Mena Bouka waited under the blazing sun in front of a Doctors Without Borders (MSF) tent where she hoped to take her 15-month-old daughter. She has four other children.

"I feel weak. It&39;s the hunger, the thirst, the fatigue," she said, her daughter showing signs of malnutrition.

"You only have to look at me, we are suffering."

"(On June 3) we heard shots, and we fled without taking anything. We ran, ran, ran... We encountered heat and exhaustion. We walked for three days, sleeping outdoors under trees of near houses."

The area already hosted tens of thousands of refugees fleeing Boko Haram before the latest attack.

The interior minister said that while "the worst is behind... the security problem remains to be solved to ensure that the these people (can) return."

Niger&39;s authorities have said 55 insurgents were also killed and many injured in clashes with troops following the June 3 attack.

Some 2,000 Chadian soldiers are set to launch a counter-offensive against the group in the region, in coordination with Nigeria, Niger and Cameroon.

Military powerhouse Chad is a leading member of a multi-national force fighting the Nigeria-based Boko Haram fighters who have extended their attacks to neighbouring countries from their base in northern Nigeria.

The seven-year insurgency has left at least 20,000 people dead in Nigeria and made more than 2.6 million homeless.