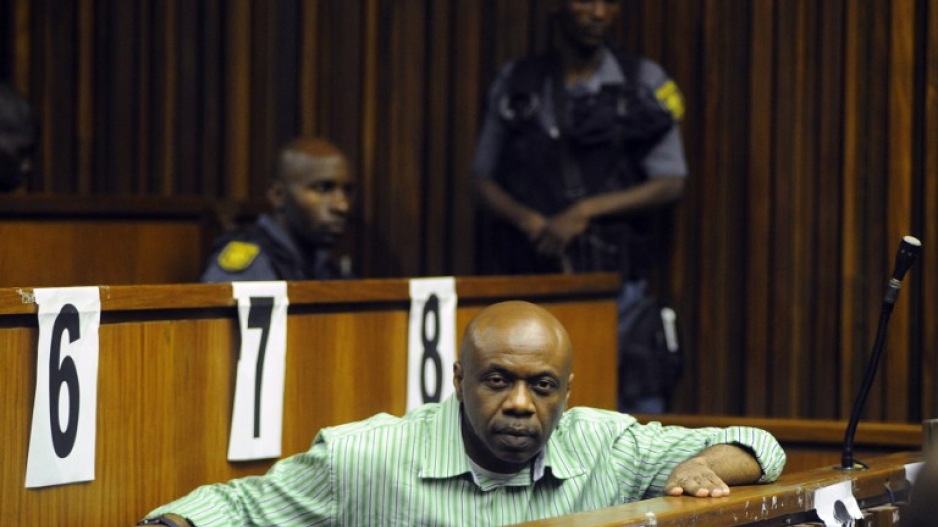 Nigerian militant leader Henry Okah is pictured in the courtroom after his case was postponed because he changed his legal team at Johannesburg High Court on February 28, 2013.

JOHANNESBURG – A Nigerian jailed in Johannesburg for a series of terror attacks in his homeland on Wednesday appealed his conviction, challenging South Africa&39;s right to try him, his lawyer said.

Henry Okah is serving 24 years behind bars for masterminding a series of terror attacks, including twin bombings which killed 12 people in the Nigerian capital Abuja during independence day celebrations in 2010.

The bombs exploded outside a venue where the 50th anniversary was being marked, with several foreign heads of state attending.

He was put on trial in South Africa, where he has permanent residence, on charges of orchestrating the bombings from his home in Johannesburg and was convicted in early 2013 on 13 terror charges.

He has denied any involvement in the blasts and said the charges against him were politically motivated.

His appeal hinges on whether his host country had the jurisdiction to try him.

"Judgement has been reserved and we don&39;t know when it will be handed down," his lawyer Idemudia Uriesi told AFP.

Okah&39;s appeal was first heard by the Supreme Court of Appeals in November 2014, but was adjourned indefinitely after his legal team decided to launch a constitutional challenge to his original conviction.

Okah, who was also convicted over two other explosions in 2010 in the southern Nigerian city of Warri, a major hub of the oil-rich Delta region, was the presumed leader of the Nigerian militant group Movement for the Emancipation of the Niger Delta (MEND).

MEND claimed responsibility for the bombings. The group has since 2006 been demanding reparations and a fair share of oil revenue for residents of the Niger Delta.

The group has now seen spin-offs by radicals who want independence for the region.