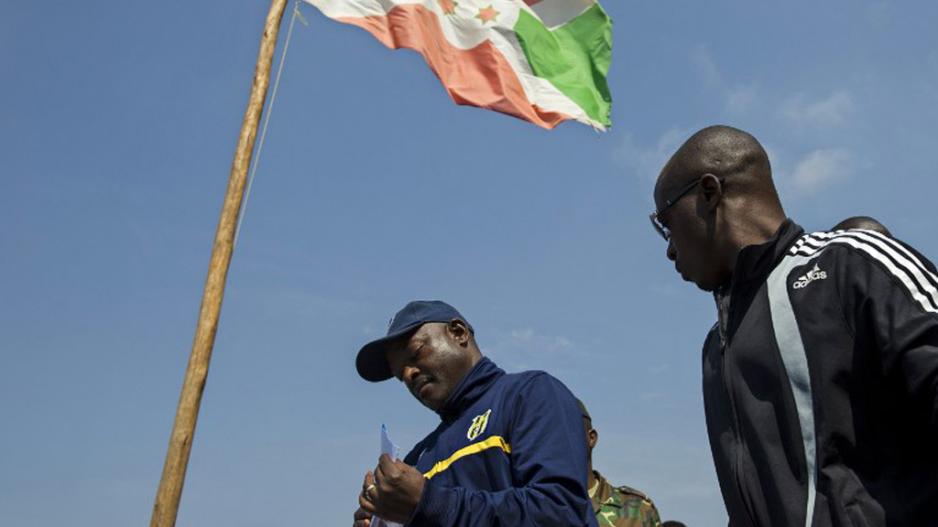 Incumbent Burundi President Pierre Nkurunziza (C) lines up prior to casting his ballot at a polling station in his native village of Buye in Ngozi province, northern Burundi, on July 21, 2015.

NAIROBI - Burundi&39;s ruling party on Thursday hailed the "divine miracle" of the re-election of President Pierre Nkurunziza, in polls boycotted by the opposition and condemned internationally as not free or fair.

The CNDD-FDD party of President Pierre Nkurunziza praised his "stunning victory" in "well organized" elections last month despite attempts by some to "strangle democracy".

The party said Nkurunziza - a 51-year-old ex-rebel turned born-again Christian -- won despite the efforts of some Burundians "who do not love their country", without giving further details.

Nkurunziza&39;s successful effort to shoehorn his way into a controversial third term sparked protests and a failed coup, with a sweeping crackdown and an exodus of citizens fleeing the unrest.

The United Nations observer mission said the vote was not "an inclusive free and credible" vote, and were held "in an environment of profound mistrust" between political rivals.

Supporters of President Pierre Nkurunziza, one wearing a t-shirt depicting the president, look on following the announcement of preliminary results in Burundi&39;s presidential elections, in Bujumbura, Burundi, on July 24, 2015.

But the CNDD-FDD described it as "a divine miracle".

The ruling party also promised to establish "a government of national unity", including political parties that took part in elections as well as other "Burundians who have shown a good spirit and a clear desire to build their country."

It also said it would restart talks with opponents saying dialogue was "necessary" even if some parties or civil society organisations "want to hide behind this dialogue ... to overthrow democratically-elected institutions."