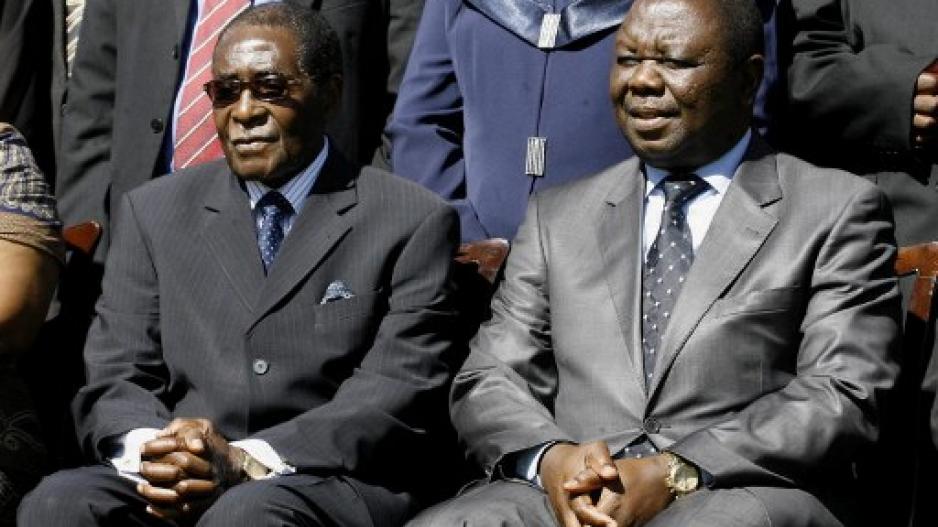 ZIMBABWE - Zimbabwe&39;s army commander said he would not speak to the nation&39;s prime minister, describing him as a "sellout" and a "psychiatric patient," reported a state-controlled Sunday newspaper.

Gen. Constantine Chiwenga dismissed calls for him and other top security officials to meet with Prime Minister Morgan Tsvangirai to discuss demands for reforms in the armed forces ahead of crucial elections this year, reported the Sunday Mail, which is a mouthpiece of President Robert Mugabe&39;s party.

Chiwenga denied claims by Tsvangirai&39;s party, which is in a shaky coalition with Mugabe, that military chiefs have welcomed approaches on reforms. He called the claims "hallucinations" and said the military chiefs will not meet with politicians who did not fight in the guerrilla war that ended colonial rule in 1980.

"We have no time to meet sellouts. Clearly Tsvangirai is a psychiatric patient who needs a competent psychiatrist . He seems to be suffering from hallucinations," said Chiwenga. "We are different. Just like oil and water, we cannot mix."

Zimbabwe&39;s police and military are accused of state-orchestrated violence surrounding the last disputed polls in 2008.

Similar remarks against Tsvangirai were made by Mugabe&39;s loyalist police commissioner general on April 27.

The army commander was "fired up" when speaking Saturday after the funeral of his brother outside Harare, said The Sunday Mail.

"Who the hell does Tsvangirai think he is? No-one can make us turn our back on the liberation struggle. It is unimaginable for us to spit on the struggle by meeting sellouts," Chiwenga said, the according to the paper.

Tsvangirai, 60, was a trade union leader when the independence war ended with a British-negotiated truce in 1979, leading to the first democratic elections that swept Mugabe to power.

Tsvangirai&39;s party insists it wants to meet with powerful pro-Mugabe generals to discuss their future role after new elections expected later this year, possibly in September. Tsvangirai&39;s supporters have demanded that the security chiefs be fired, charging that in their loyalty to Mugabe the military heads have been partisan and unprofessional.

The two similar statements by Mugabe&39;s two top security chiefs within a week of each other signal a hardening of their stance and point to continuing bias of the police and military against Tsvangirai&39;s party ahead of upcoming polls, say analysts.

The coalition agreement brokered by regional leaders that made Tsvangirai the Zimbabwe prime minister in 2009 demands significant democratic and security reforms, the scrapping of sweeping media curbs and an end to hate speech dominating the state media controlled by Mugabe loyalists before new elections.

The international media freedom group Reporters Without Borders on Friday described Mugabe, 89, as "a predator of freedom of information."

Mugabe remained inflexible, refused to cooperate with the former opposition in the power-sharing government and blocked media reforms necessary for a free and fair election, said the group in a statement marking World Press Freedom Day.

Mugabe and his senior officers and officials still exercised strict control over the state media and curtailed the activities of independent media organizations through threats and surveillance, said the press watchdog.