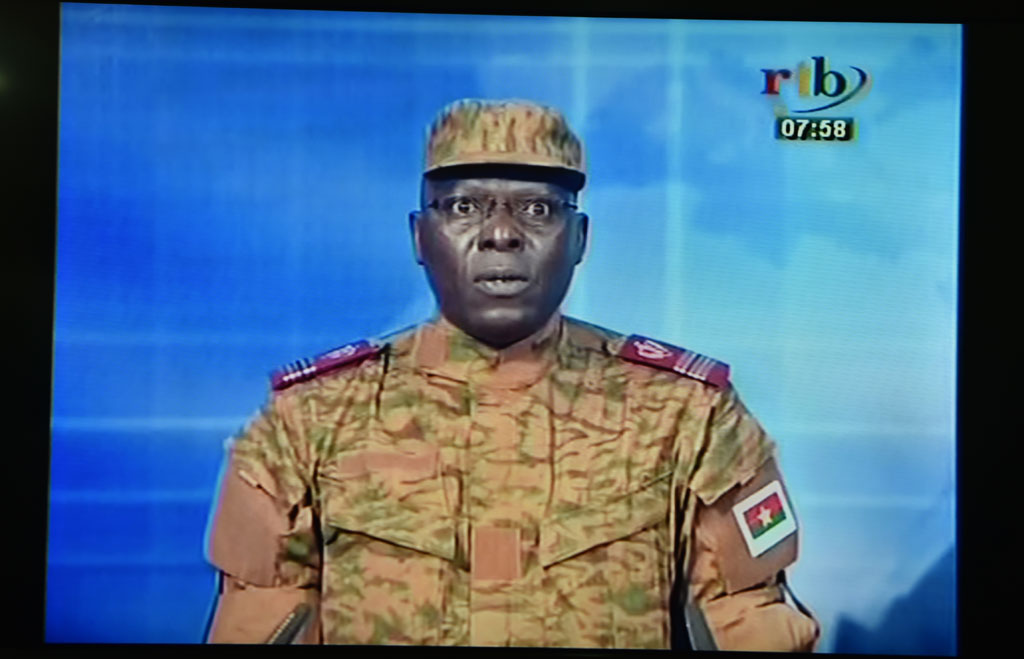 A picture taken on September 17, 2015 shows a TV screen during the broadcast of the speech of Lieutenant-colonel Mamadou Bamba announcing that a new "National Democratic Council".

Bamba went on television to announce the coup on September 17, reading a statement saying the army had seized control from a transitional government which took office after former president Blaise Compaore fled in October 2014 to Ivory Coast.

Bamba was not a member of Compaore's presidential guard which was behind the putsch but was jailed along with coup leader Gilbert Diendere.

In all, 85 people have been charged with organising the coup and warrants have been issues for the arrest of a further ten. Around 40 suspects have been granted temporary release, according to an AFP count.

In the course if the conversation, Soro is understood to have implicitly given backing to the coup officers as they struggled to push through their operation which collapsed within days.

A warrant for the arrest of Soro brought relations between Abidjan and Ouagadougou to a low ebb and pursuit of the former rebel leader was scotched.

French expert Norbert Pheulpin, brought in by Bassole's defence team, said the recording was a splicing together of "three or four different phone conversations" between Soro and Bassole.

The military magistrate contacted by AFP indicated Kuenzel would present his findings on October 27.