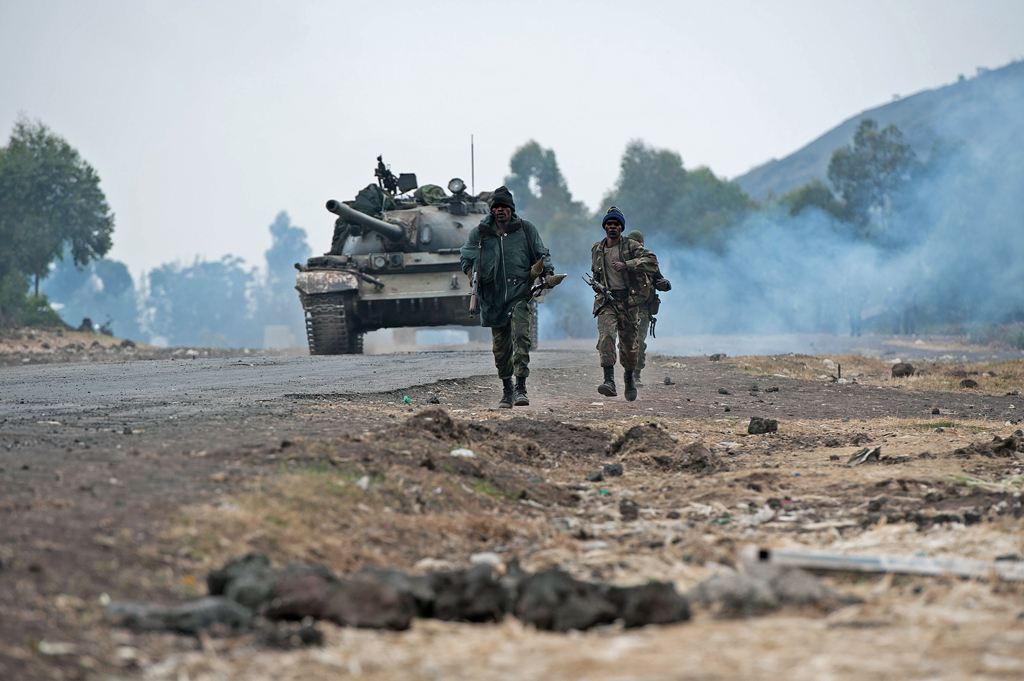 Congolese army soldiers walk ahead of a tank through Kanyarucinya, around 10km from Goma, in the east of the Democratic Republic of the Congo on July 17, 2013.

DR CONGO – Deadly violence between government forces and tribal militias in DR Congo&39;s central Kasai region has forced more than a million people from their homes over the past eight months, the UN said on Friday.

Yvon Edoumou of the UN&39;s Office for the Coordination of Humanitarian Affairs (OCHA) said it had registered 1.09 million internally displaced people in the region as of April 1.

Violence in other areas of the country, including the North and South Kivu provinces, has forced an additional two million to flee their homes, he told AFP.

"These people are mainly fleeing clashes between the FARDC (DR Congo&39;s armed forces) and armed groups, or between armed groups," he said, adding that about 40 local and international aid groups were helping to cope with the crisis.

The UN has accused the Nsapu rebellion of using child soldiers and committing several atrocities, while also denouncing the disproportionate use of force by the military.

The UN has reported finding 40 mass graves in the Kasai region, and the bodies of two UN researchers investigating the violence were found in a grave 16 days after they were abducted last month.