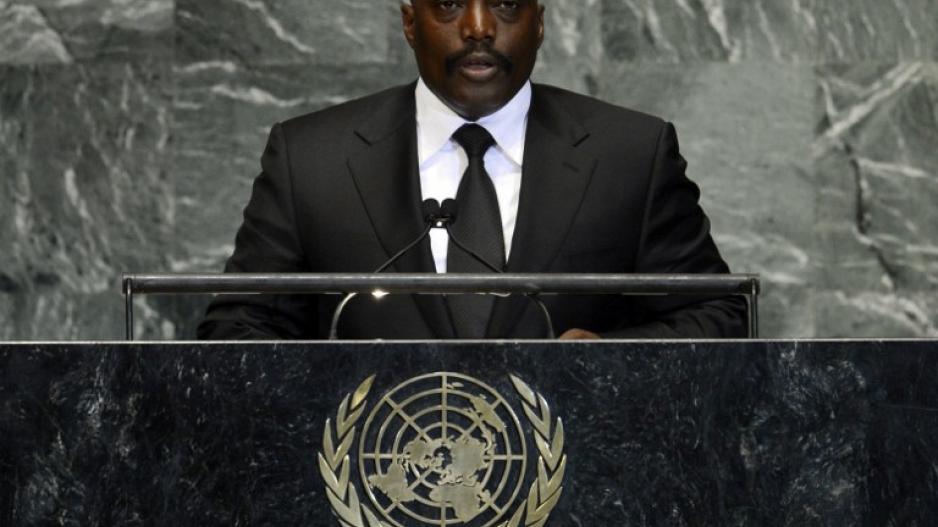 GENVAL, Belgium – Opposition parties in the Democratic Republic of the Congo on Friday said they had forged an alliance to demand that President Joseph Kabila quit when his term expires in December.

After a two-day meeting in Belgium, the groups issued a statement saying they had set up a joint organisation called "Rassemblement" whose goal is to "realise the struggle of the Congolese people for change and a state of law".

The opposition also a warning to Kabila, saying that if he stayed in power beyond December 19, when his second term elapses, it would be tantamount to a "constitutional coup d&39;etat".

But Kabila&39;s camp – represented by the Coalition for Presidential Majority – rejected the resolutions adopted at the meeting as illegal, denouncing them as an "attempt to stage a coup d&39;etat".

"It&39;s a plot against the nation," said coalition head Aubin Minaku in Kinshasa, who is also president of the National Assembly.

In power since 2001, Kabila is widely believed to be eyeing a third term in office in contravention of the constitution which allows only two.

The Belgian meeting, which took place at a hotel in Genval near Brussels, was called by veteran opposition figure Etienne Tshisekedi who will head up a committee to co-ordinate the group&39;s decisions.

Tshisekedi, 83 – an opposition leader since the era of strongman Mobutu Sese Seko, who ruled the country for three decades until 1997 – came second to Kabila in a fraud-tainted 2011 election. He has been convalescing in Belgium since 2014.

"Belgium welcomes the work undertaken at the gathering this week with a view to reaching common opposition positions," Reynders said in a statement.

The statement added that Belgium hoped the talks would offer an opportunity to make real progress "as is the hope of the African Union".

Earlier, Tshisekedi told delegates they were gathered "as patriots to exchange views on the grave crisis affecting our country.

"More than ever, we must be united to get rid of you know who," he said.

At the same time, the opposition must be mindful of the possible dangers and get the president "to leave quietly... and not expose the people to bullets", he said.

Tshisekedi said the opposition could consider dialogue with Kabila but only under certain conditions – respect for the constitution, release of political prisoners and oversight by the international community to ensure any agreement was enforced.

The strongman&39;s supporters want elections due later this year to be delayed for two to four years.

No date has yet been set for the polls and late last year Kabila said he hoped to organise a "national dialogue" aimed at reaching a wide consensus ahead of any vote.

Tensions have soared in DRC in recent months over fears Kabila will postpone elections to extend his time in office.

The opposition groups attending the Belgian meeting said they wanted to see the full implementation of UN resolution 2277 which notably calls for political dialogue and legislative and presidential elections by November, a sentiment Reynders echoed.

Moise Katumbi, a leading DR Congo opposition figure who has announced his candidacy for the presidency, had been expected to attend the Belgian meeting but sent his closest advisers instead, organisers said.

Katumbi quit the DRC in May ostensibly for medical treatment and is now staying in Britain. He left the day after the government said he would be tried for endangering state security.