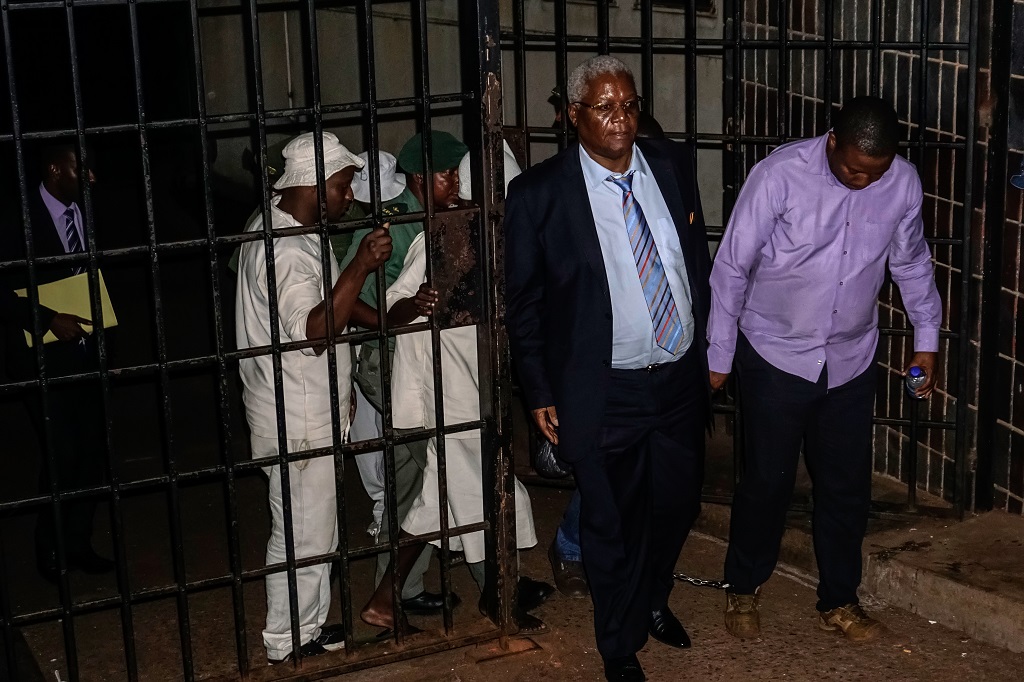 The three are reportedly part of a Zanu-PF faction, the G40, and were expelled from the governing party on Sunday last week, following a Zimbabwe Defence Force (ZDF) takeover four days earlier, which the ZDF said targeted “criminals” around former president Robert Mugabe.

They were shown the door together with Mugabe and his wife, Grace, as well as former vice-president Phelekezela Mphoko and former ministers Patrick Zhuwao, Jonathan Moyo, Saviour Kasukuwere, Paul Chimedza and Walter Mzembi, among others.

Edmore Nyazamba, of the attorney general&39;s office, appeared for the state along with Tapiwa Kasenga and Francisca Mukumbiri, while Chombo and Chipanga were represented by Lovemore Madhuku and Hamandishe by Emmanuel Samundombe.

Chombo was charged with contravening the Prevention of Corruption Act. The prosecution accused him of abusing his position as a minister and corruptly selling a plot of land in 1997. He allegedly connived with seven other people and fraudulently sold the plot to one Alois Chimeri, which resulted in the City of Harare being prejudiced by $900,000.

On the abuse of office charge, the state said that in 2006 Chombo, then local government, public works, and national housing minister, corruptly apportioned an open piece of land for the development of cluster houses to a company of which he was a co-director. The land was valued at the time at ZW$23.3 -trillion, now equivalent to R38.19-trillion.

On the fraud charge, the prosecution said Chombo borrowed ZW$14-billion from the CBZ Bank that he allegedly claimed he wanted to use under the “other crops and livestock facility” programme, which was being run by the Reserve Bank of Zimbabwe. The state said he then used the funds for purposes other than intended.

Chombo&39;s lawyer, Lovemore Madhuku, applied for refusal of remand, arguing that his client had been in custody longer than he should legally have been.

Chombo told how armed people clad in military fatigues raided his posh Mount Pleasant house on 15 November and took him to an unidentified location where he was kept blindfolded for nine days. He said while in those people’s custody he was granted access to a medical doctor.

Singano dismissed Chombo’s application, saying he had been in police custody for less than 48 hours and there was no evidence to suggest that his captors were state agents.

He and six others allegedly kidnapped six people from Chitungwiza, bundled them into several cars, and assaulted them, accusing them of being part of the “Gamatox”, a faction allegedly aligned to former vice-president Joice Mujuru, who was unceremoniously sacked from both Zanu-PF and the government in December 2014.

Chipanga told Magistrate Josephine Sande how he was taken from police custody at Borrowdale police station by armed people, whom he said he could not identify. Sande ruled against the application for refusal of remand, saying Chipanga was also in police custody for a period less than 48 hours.

Hamandishe appeared before Magistrate Hosea Mujaya, who remanded him in custody to 8 December.

Chombo and Chipanga were remanded in custody to Monday, November 27, for a bail ruling.