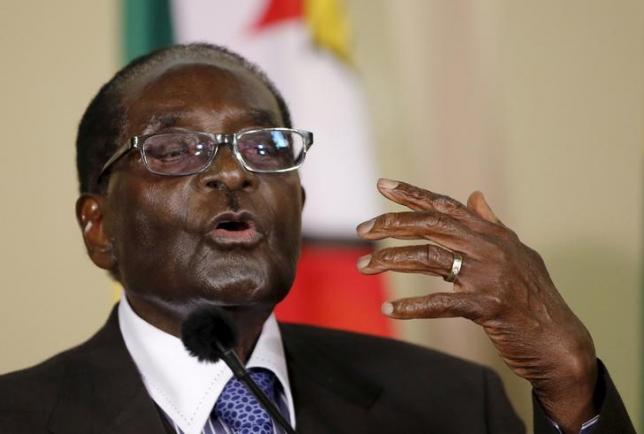 Zimbabwe's President Robert Muga made changes to his cabinet on Monday.

GABORONE -  Zimbabawe’s President Robert Mugabe on Monday used his farewell speech, as outgoing chairperson of the Southern African Development Community (SADC), to remind Botswana’s President Ian Khama that relations between their two countries- now rather strained – were once close.

He also used the podium at the opening of the annual SADC summit here on Monday, to take another stab at South Africa’s white population.

Speaking at the International Convention Centre in Gabarone, Mugabe recalled how Botswana helped him travel to the founding summit of the Organisation of African Unity (OAU), now the African Union, in Ethiopia in 1963.

Mugabe, who was handing over the SADC chairpersonship to Khama, even elicited a smile from his usually stern-looking successor, when he recalled the history of his father, Seretse Khama, the first president of Botswana.

Relations between Mugabe and Khama have been strained by the latter’s occasional criticism of developments in the neighbouring country. He was the only SADC leader to question the credibility of Zimbabwe’s 2013 elections which Mugabe and his Zanu-PF won outright, ending the four-year-old dysfunctional unity government between Zanu PF and the two Movement for Democratic Change (MDC) parties.

Mugabe said Seretse Khama, together with Tanzania’s Julius Nyerere, Zambia’s Kenneth Kaunda, Mozambique’s Samora Machel, were some of the founders of the so-called “Frontline States”, the countries, now in SADC, which led the fight against apartheid and colonialism in the 1970s and 1980s.

“Many founders are now dearly departed, but I am glad that Seretse Khama, the father, could see Zimbabwe become independent,” he said.

Mugabe recalled how Khama senior lost his chieftainship because “like all young men, he fell in love”. His “sin”, however, was that it was with a white woman (Englishwoman Ruth Williams), which meant apartheid South Africa exerted pressure on Botswana.

Mugabe said things had changed for the better now, thanks to those who had fought for freedom.

“Look at us now. Look at South Africa. I think they were the most vehement, the whites there, against the marriage. But today it is as if, oh oh, they always were non-racial,” he said in a mock English accent to laughter from the audience.

“Nonsense. Don’t accept that. You see their treacherous behaviour. But I don’t say revenge, no.

“We are a free people, a free people, a loving people, humanitarian. Full of joy, the Africans are, laughing and dancing all the time. But let them not play the fool with us, then the devil in us will emerge.”

In his speech accepting the chairpersonship, Khama joked that over the last year when he was deputy SADC chair, the people in Botswana referred to him as “Mugabe’s deputy”.

He thanked Mugabe for his tenure and praised him for seeing that the region’s industrialisation strategy was adopted under his tenure – at a SADC summit in Harare in April.

The industrialisation strategy is expected to dominate talks at the summit about development in SADC, which reportedly has to find $500-million (R 6,4-billion) over the next five years to implement it.

SADC’s annual budget is about US$80 million.