Over 1,100 arrested under Ethiopia state of emergency 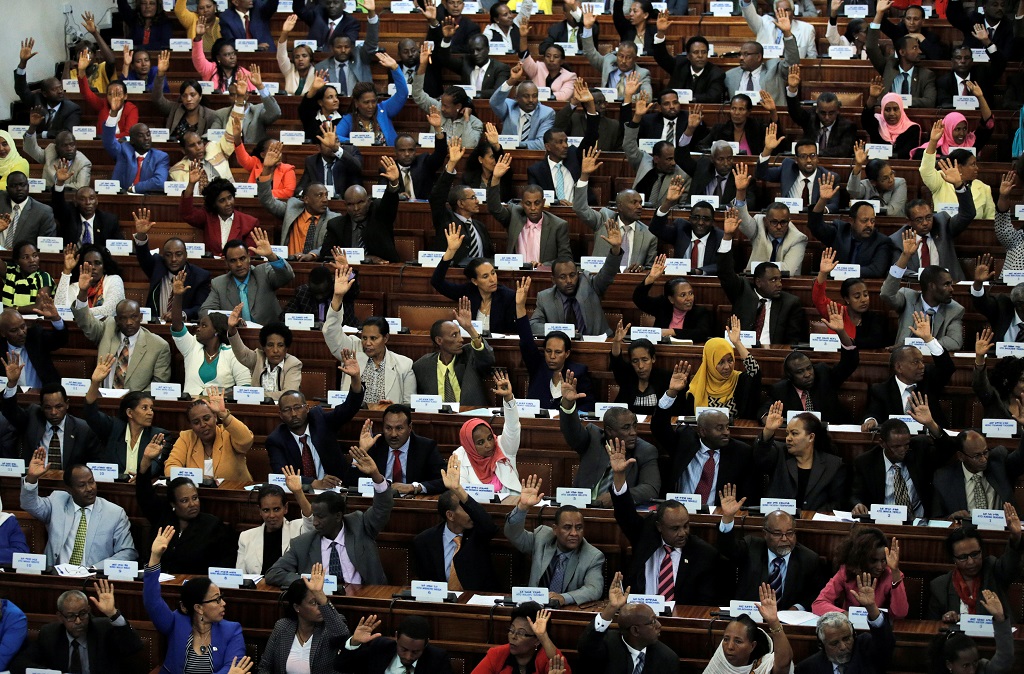 Members of parliament vote during an extraordinary meeting on the state of emergency in Addis Ababa, Ethiopia 2 March 2018.

ADDIS ABABA - More than 1,100 people have been arrested in Ethiopia since the nation declared a state of emergency following the prime minister&39;s resignation last month, state media reported Saturday.

Hailemariam Desalegn&39;s surprise resignation came after more than two years of anti-government protests and increasing divisions in the ruling party.

The Ethiopian People&39;s Revolutionary Democratic Front (EPRDF) has for the first time picked an ethnic Oromo, Abiy Ahmed, to be its new leader.

He is set to be sworn in as prime minister early next week.

The state-affiliated Fana Broadcast Corporate said 1,107 people have been detained for violating the emergency decree, which suspends the constitution and allows police to hold people without trial.

"They were detained for killing peaceful civilians and security forces, setting houses and financial institutions ablaze, illicit movement of firearms, destroying government and public institutions (and) blocking roads," Fana reported, citing Tadesse Hordofa, chairman of a board overseeing the decree.

Ethiopia spiralled into crisis in late 2015 when the country&39;s largest ethnicity the Oromo began protesting a plan to expand the borders of the capital Addis Ababa into the surrounding Oromia region.

A 10-month state of emergency declared in October 2016 quelled the unrest but only after hundreds of deaths and tens of thousands of arrests.

The arrests under the latest state of emergency were mainly in Oromia, but also in the Amhara region, where anti-government sentiment is also strong, the broadcaster reported.