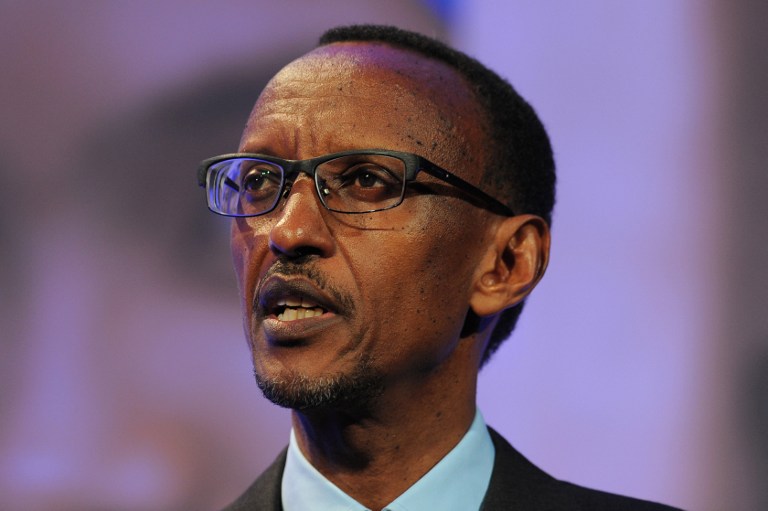 KIGALI - To his supporters he is a visionary who turned his country back from the brink of the abyss. To his critics he is a tyrant, and to the outside world he is an enigma.

Paul Kagame was born in 1957 in southern Rwanda. His birth came at a time of change and upheaval in what was then known as Ruanda-Urundi.

His parents were both Tutsis with links to the royal family.

When he was two years old, his family was forced to flee as the Hutu majority overthrew centuries of Tutsi rule.

His family made their way to Uganda, where a young Kagame learned English and was integrated into Ugandan society.

Under Museveni, Kagame was incorporated into the Ugandan Defence Force and headed up military intelligence.

At the same time he was raising his own army of Rwandan Tutsi from the ranks of the Ugandan Army.

In 1989 Kagame and fellow Rwandan army officer, Fred Rwigyema joined the Rwandan Patriotic Front (RPF), a refugee association; both men laid out plans for the RPF to invade Rwanda.

When Rwigyema led the first offensive into Rwanda in 1990, Kagame was in the US attending an officers training course. Within the three days Rwigyema was dead and the RPF was in disarray.

Kagame returned and took control of the forces. He managed to evade the Rwandan army and lead his men to safety.

But within a few months he had re-organised and re-armed his forces.

From 1991, Kagame’s forces carried out hit and run raids on targets within Rwanda, attacking towns and villages along the border region.

A year later, he declared a ceasefire and began negotiations with the Rwandan government. Under the Arusha Accord the RPF was to form part of a joint government.

In April 1994, Rwandan President Juvnal Habyarimana’s plane was shot down, the RPF were the scapegoats, prompting hardline Hutu extremists to embark on a bloody campaign to exterminate Tutsis.

The mass genocide prompted Kagame to resume fighting against the Rwandan army.

His forces seized large swaths of land along the Ugandan border, and created a safe zone for fleeing Tutsis.

Despite being out numbered and out gunned Kagame showed his military acumen and was able to defeat the Rwandan army in a matter of months.

Rwanda has continued to support and arm groups in the eastern DRC most recently the M23 group.

At home, Kagame assumed the position of vice president and head of the armed forces.

But in 2000 the Hutu president Pasteur Bizimungu, resigned and Kagame took over as head of state, a title he has held for 14 years.

Kagame has been credited with launching an ambitious plan to rejuvenate the Rwandan economy.

Vision2020, purposed to unite the Rwandan people and to transform the country from a highly impoverished into a middle-income country.

It has a list of goals that include reconstruction, infrastructure and transport improvements, good governance, improving agriculture production, private sector development as well as health and education improvements.

It has had considerable success particularly in the health and education sector.

The literacy rate has risen dramatically and the health services have improved with over 90 percent of Rwandans now on medical aid.

Rwanda has also seen investment in the country with special focus on the telecommunication sector.

Yet Kagame has also been criticised for not tolerating any form of dissent. Numerous political opponents have been imprisoned or exiled.

Kagame’s unbending, uncompromising belief in his own vision has been the force that has driven the man yet it is also the attitude that has gained him many enemies, yet he appears unfazed.

In a recent interview with Time Magazine, Kagame said:” I don’t want to be a saint. I don’t even attempt to be. It wouldn’t make any sense. It would divert me from my responsibilities.

"Concentrating on being a saint would end with me doing nothing that I was supposed to.”