Piracy 'could make a comeback' 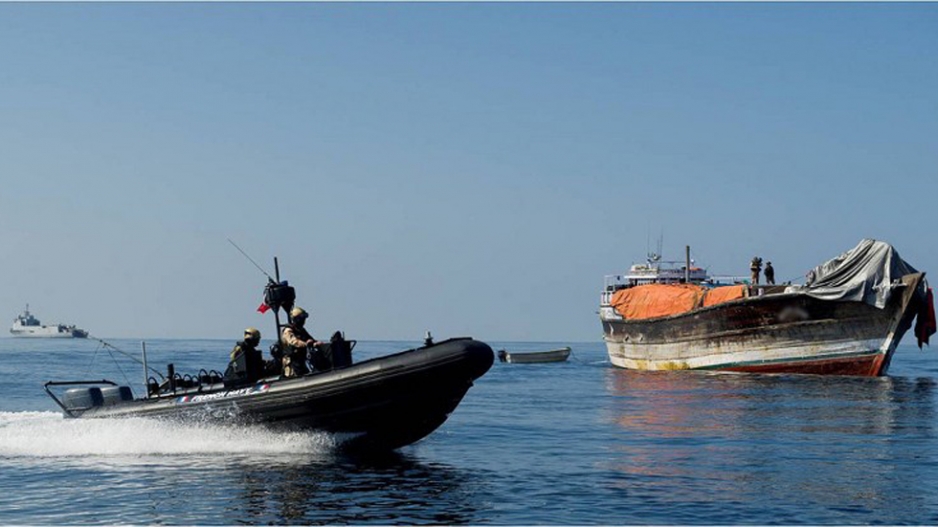 This picture taken on January 18, 2014 shows crew from the French flagship of the EU naval force's Somalia operation, FS Siroco, during an operation to release the crew of a dhow suspected to have been used as a pirate mother-ship.

NAIROBI - Rampant illegal fishing by foreign trawlers off Somalia&39;s once pirate-infested coastline is threatening economic gains in the Horn of Africa nation and could push communities back to maritime crime, a report warned Tuesday.

Somalia&39;s fearsome pirates often justified their attacks because they were unable to compete with foreign fishermen.

Piracy peaked in 2011 when 28 vessels were hijacked and 237 piracy incidents were reported on the Indian Ocean, but has since dramatically declined due to the use of armed guards on ships and international naval patrols.

But the report by Secure Fisheries, a part of the One Earth Future Foundation campaign group, warned those advances could be reversed if illegal fishing is not stemmed.

Foreign industrial fishing boats have resulted in "depleted stocks, a loss of income for Somalis, and violence against local fishers" the report read, adding "it also has threatened to ignite local support for a return of piracy."

At the peak of the crisis, Somali pirates held over 700 hostages, netting millions of dollars in ransoms and threatening key maritime trade routes, including the southern access to the Red Sea and Suez Canal.

"Illegal fishing was the pretext used by criminal gangs to shift from protectionism to armed robbery and piracy," said John Steed, Secure Fisheries chief for the Horn of Africa.

"Now the situation is back where it was, with large numbers of foreign vessels fishing in Somali waters again -- and there is a real danger of the whole piracy cycle starting all over."

Foreign boats are hauling in three times more than Somali fishermen -- an estimated 132,000 metric tonnes of fish each year compared to Somalia&39;s catch of 40,000 metric tons, according to the report, based on multiple interviews and satellite evidence.

"Economically important fish stocks in Somali waters are being fished at unsustainable levels," the report said, warning that foreign trawlers were "harvesting commercially valuable tuna stocks at maximum capacity, leaving no room for Somalis to profit from their rich marine waters."

While illegal fishing was used by many pirates as an excuse for attacks -- which saw an array of vessels seized including yachts, oil tankers and container ships -- the issue could encourage a fresh round of piracy.

"Foreign fishing vessels are still seen as a threat to the livelihoods of Somali fishers," the report said. "Somalis feel they cannot defend themselves against this threat."

Iran and Yemen have the largest presence in Somali waters, the report said, but said boats from Europe and Asia also have "landed significant catches".

Two Iranian fishing boats were seized this year, in March and then in May, the first since May 2012, according to the United Nations Office on Drugs and Crime (UNODC).

The Iranian boats were reported to have been brazenly trawling waters less than five miles (three kilometres) off the Somali coast.

"Piracy is not an inevitable reaction to foreign fishing," the report added. "With the right incentives, resources, and political will and commitment, Somali communities could develop community-based solutions to these problems."