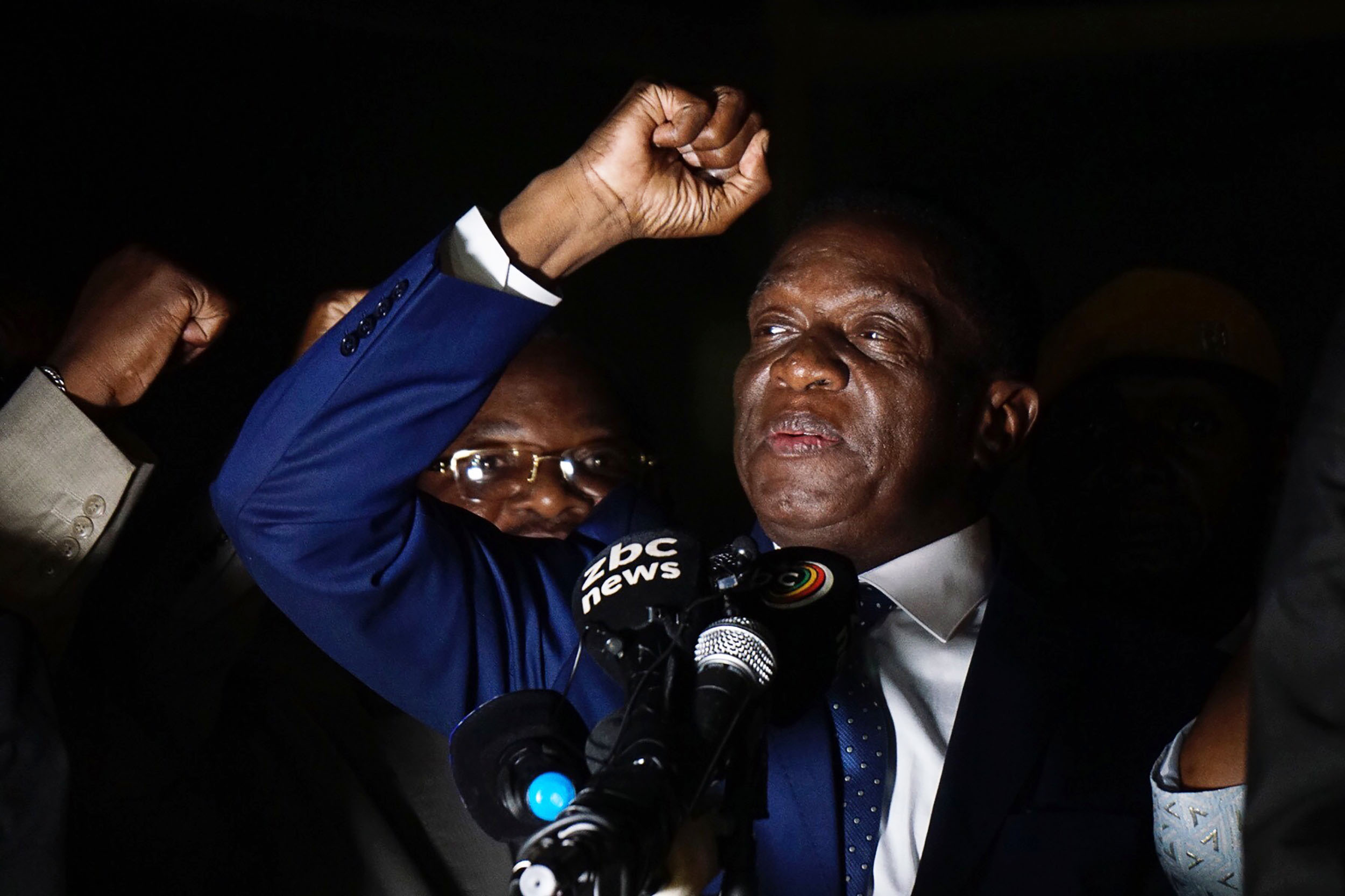 HARARE - Zimbabwe&39;s incoming president Emmerson Mnangagwa told adoring crowds in Harare on Wednesday that they were witnessing "unfolding full democracy" as he returned to take power after Robert Mugabe stepped down after 37 years in power.

It was his first public speech since Mugabe fired him over a succession tussle with the former first lady, a move that prompted the military&39;s intervention to force Mugabe from power, leading to his resignation on Tuesday.

Mnangagwa, who has close ties to the army and the security establishment, will be sworn in as president at an inauguration ceremony on Friday, officials said.

"Today we are witnessing the beginning of a new and unfolding full democracy in our country," he said in front of hundreds of supporters, some wearing shirts emblazoned with images of the 75-year-old leader.

"We want to grow our economy, we want jobs... all patriotic Zimbabweans (should) come together, work together," he said.

He was surrounded by a large security detail and arrived at the headquarters of the ruling ZANU-PF party in a presidential-style motorcade.

Two young men held a stuffed crocodile above their heads, a reference to Mnangagwas&39;s nickname, earned for his reputation for stealth and ruthlessness.

He had flown in earlier to Harare&39;s Manyame airbase from South Africa, and met key ZANU-PF officials before heading to the State House, the nerve centre of Zimbabwe&39;s political establishment, for a briefing.

Mugabe&39;s iron grip ended Tuesday in a shock announcement to parliament, where MPs had convened to impeach the 93-year-old leader who dominated every aspect of Zimbabwean public life for decades.

He had last been seen in public on Friday and had given a televised address on Sunday, but neither he nor his wife Grace have been seen since, with their whereabouts unknown.

On the streets, the news that his long and often brutal leadership was over sparked wild celebrations which lasted late into the night, with crowds dancing and cheering amid a cacophony of car horns.

The international community hailed Mugabe&39;s exit as a chance to reshape Zimbabwe&39;s future, with the US and Britain calling Mugabe&39;s resignation an "opportunity for Zimbabwe".

The government of China, a major political and economic backer of Zimbabwe, described Mugabe as a "good friend of the Chinese people".

But for most Zimbabweans, who had known life only under Mugabe, his time in power was defined by violent suppression, economic collapse and international isolation.