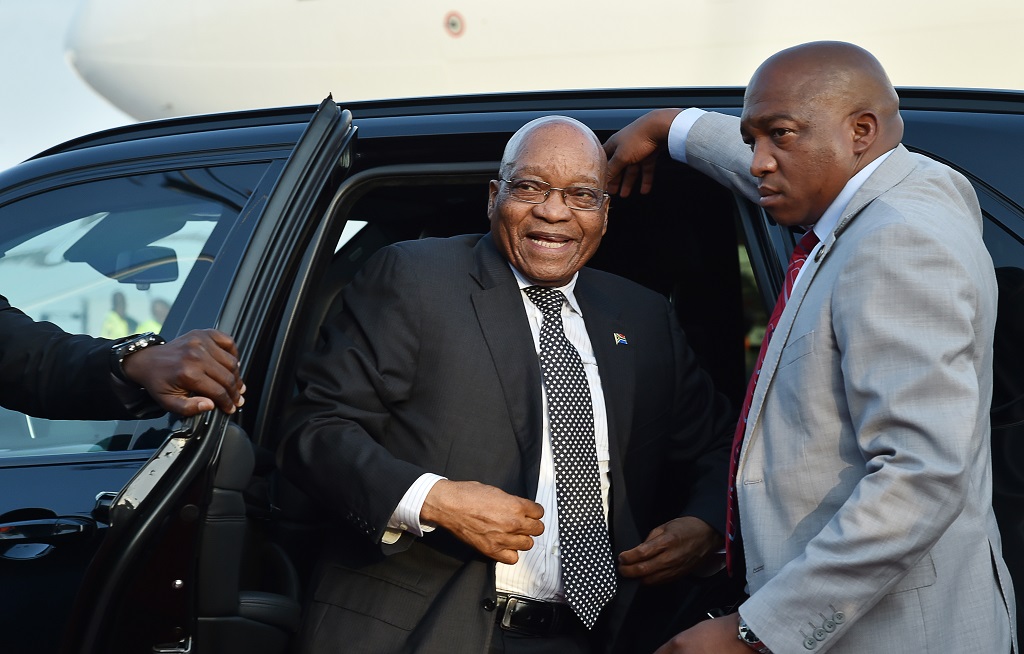 South Africa's President President Jacob Zuma (L) enters a car upon arrival at the Felix Houphouet-Boigny airport in Abidjan on November 28, 2017, ahead of the Afican Union - European Union summit on November 30.

JOHANNESBURG – South African President Jacob Zuma arrived in Abidjan in the Republic of Cte d’Ivoire on Tuesday night, to attend the Fifth Summit of the African Union-European Union, the Presidency said.

The Summit will be held under the theme: ‘Harnessing the Demographic Dividend through Investments in Youth’. The Summit is anticipated to focus on the importance of the youth in the two regions’ socio-economic development programmes and is scheduled to take place from Wednesday to Thursday, said the statement.

“The Summit is also expected to focus on supporting the objectives of the African Union’s Agenda 2063 and its flagship projects,” the statement said.

“It is further expected that the Summit will adopt Joint Priority Projects for the period 2018 to 2022 that would focus on mobilising investments for Africa’s structural transformation, human capacity development, including capacitating the youth, and on addressing peace and security, ensuring good governance and creating resilient societies.”

Zuma said that the Summit would provide South Africa with an opportunity to strongly emphasise the need to change the nature of the relations between the African Union and European Union from a post-colonial model of dependency to a new partnership of interdependence that addresses Africa’s development challenges and contributes to shared prosperity between the two regions.

“It is also an opportunity to promote the importance of the African peace and security architecture and a need for Africa’s partners to recognise and respect that the resolution of conflict situations in Africa is primarily the responsibility of the African Union supported by the [United Nations] UN Security Council,” said Zuma.