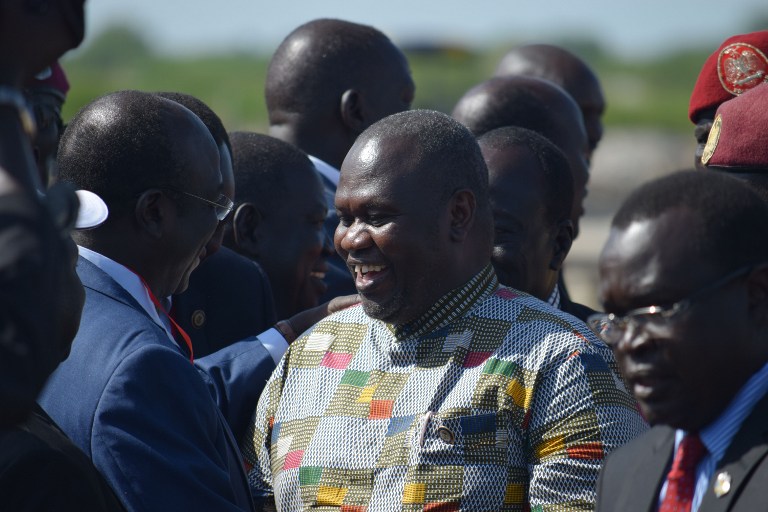 Machar, who is chairperson of the rebel Sudan People’s Liberation Movement/A-In-Opposition, will meet with South Sudan President Salva Kiir on Wednesday for the first time in two years.

The Presidency said that Ramaphosa had consulted with the heads of state and government of the IGAD countries on Sunday on the peace process in South Sudan.

"The president commends IGAD countries for their tireless efforts in pursuit of a lasting and sustainable solution to the challenges facing South Sudan. In this regard, he welcomes and fully supports the latest efforts aimed at revitalising the Agreement on the Resolution of the Conflict in the Republic of South Sudan," his office said in a statement.

"President Ramaphosa has further expressed great concern about the continued instability in South Sudan which has resulted in a humanitarian crisis and displacement of people. He also called on all stakeholders to do everything in their power to stop the violence and commit to a constructive dialogue."

The Presidency said that Ramaphosa reaffirmed South Africa’s commitment to continue working with IGAD and the African Union to assist the people of South Sudan to achieve lasting peace, stability and development.