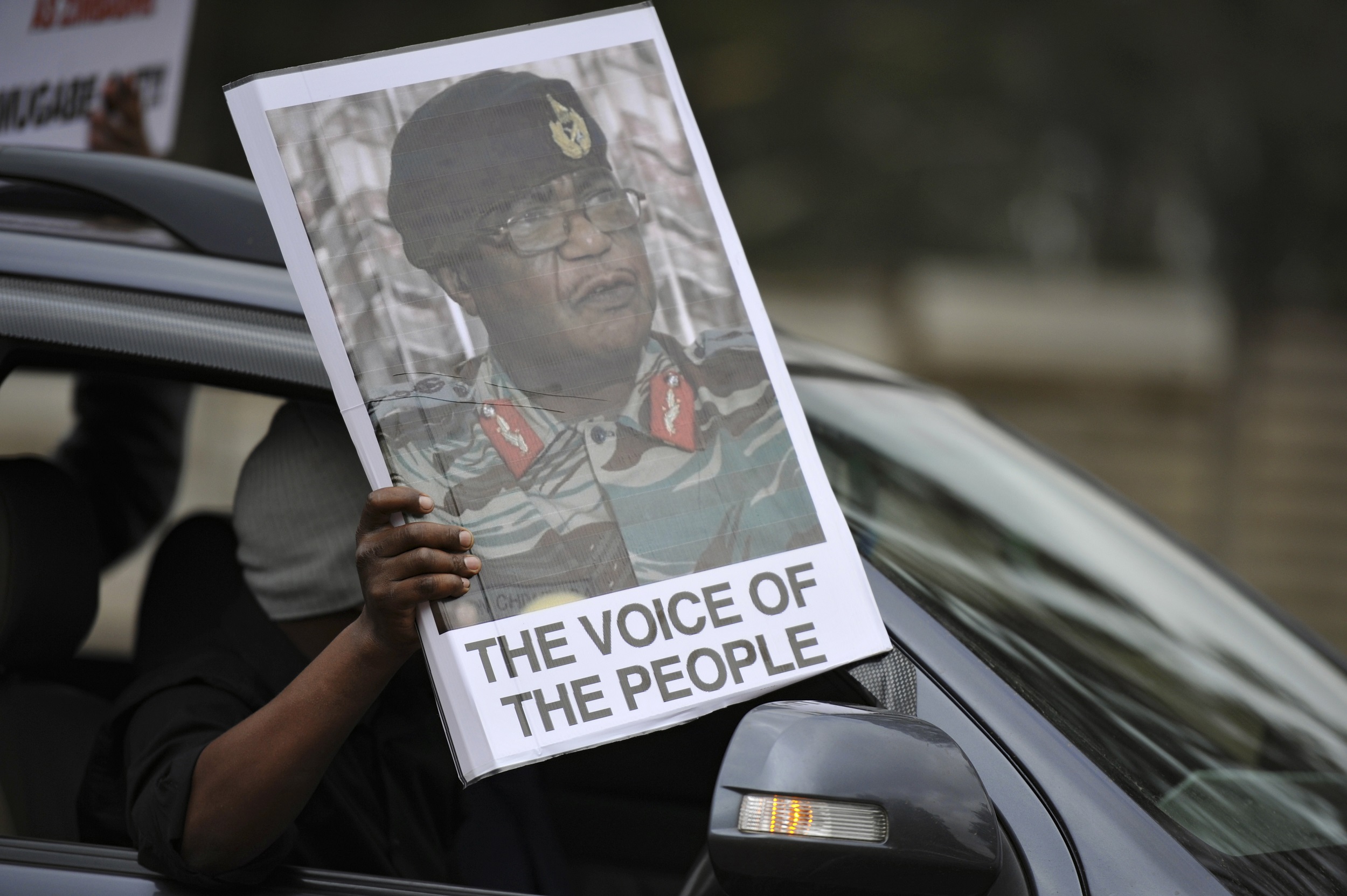 A person holds a sign featuring Commander of the Zimbabwe Defence Forces, Constantino Chiwenga as people take part in a demonstration demanding the resignation of Robert Mugabe.

HARARE - Former Zimbabwean finance minister Ignatius Chombo was admitted to hospital on Friday with injuries sustained from beatings he received in military custody after the army&39;s intervention against Robert Mugabe a week ago, his lawyer said.

Lovemore Madhuku said Chombo had injuries to his hands, legs and back and had been blindfolded throughout his week in custody.

Chombo was being accused of corruption and abuse of power relating to his time as local government minister more than a decade ago, Madhuku added.

"It was a very brutal and draconian way of dealing with opponents," he told Reuters.