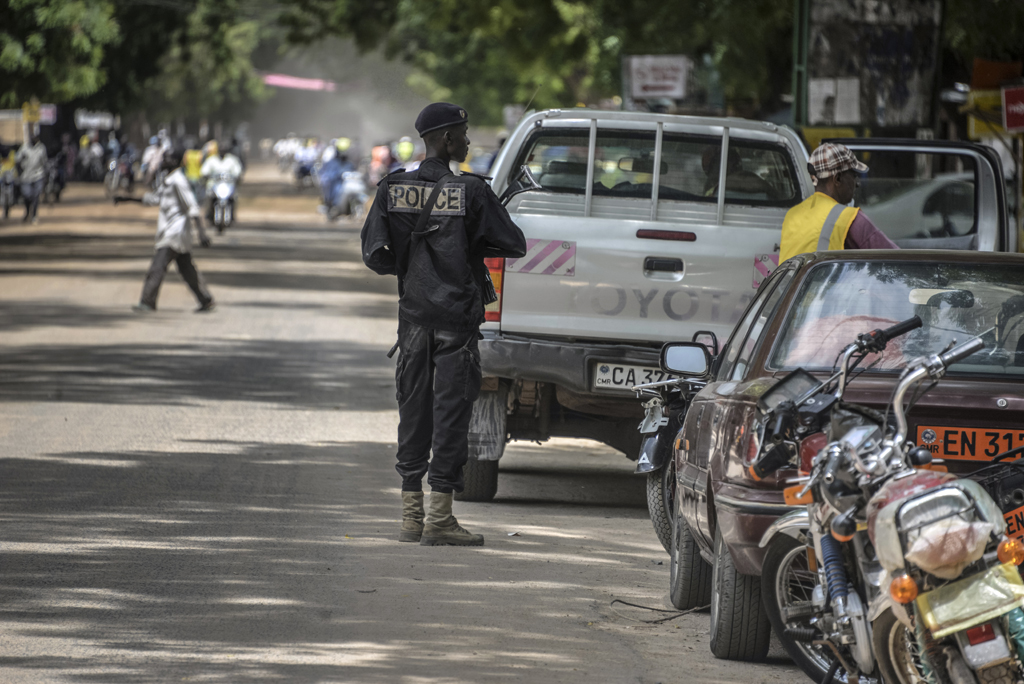 A Cameroonian policeman patrols in Maroua, in the extreme northern province, west of the Nigerian border, on 16 September, 2016.

LAGOS – The UN warned on Friday that the threat from Boko Haram jihadists was complicating efforts to help tens of thousands of Nigerian refugees living in dire conditions in northern Cameroon.

The UN refugee agency said one of its teams had earlier this month managed to visit previously inaccessible border areas of Cameroon's Far North Region – including Fotokol, Makary and Mogode districts.

READ: Nigeria facing 'a famine unlike any we have ever seen'

The UNHCR staff had helped pre-register more than 21,000 refugees who had fled deadly Boko Haram attacks in north-east Nigeria over the past two years and had been living for months with often impoverished host families, spokesman Leo Dobbs told reporters.

"It was the first time we have been able to visit these people and there are believed to be many more," he said, with UN figures indicating a total of around 27,000 refugees were living outside of camps in the region.

Dobbs said the refugees "urgently need assistance", adding that the UNHCR "would like to help and have helped in a little way, but the continuing Boko Haram threat is a hindrance to regular access".

Boko Haram, which is seeking to impose strict Islamic law in neighbouring Nigeria's mainly-Muslim north, has killed at least 20,000 people in the region and left more than 2,6 million homeless in its six-year insurgency.

Cameroon has been fighting the group since 2014, and operations by a joint regional force have helped the Nigerian military retake swathes of territory from the insurgents, although the jihadist group still poses a security threat to civilians.

Dobbs said that while some of the refugees in Cameroon's far north were staying with destitute host families, most were sleeping out in the open, in makeshift shelters or on dirt floors in dilapidated classrooms.

"Others were in abandoned villages whose residents had fled Boko Haram attacks earlier," he said.

UNHCR is encouraging people to relocate to the Minawao camp further from the border, which is home to nearly 60,000 refugees and where they can safely access assistance, Dobbs said.

He pointed out that the UN agency was having difficulty intervening in the far north due to Boko Haram attacks in the area, which have also internally displaced some 199,000 Cameroonians.

Across Cameroon, UNHCR said it ensures protection and assistance to some 370,000 refugees and asylum seekers, mainly from the Central African Republic and Nigeria.