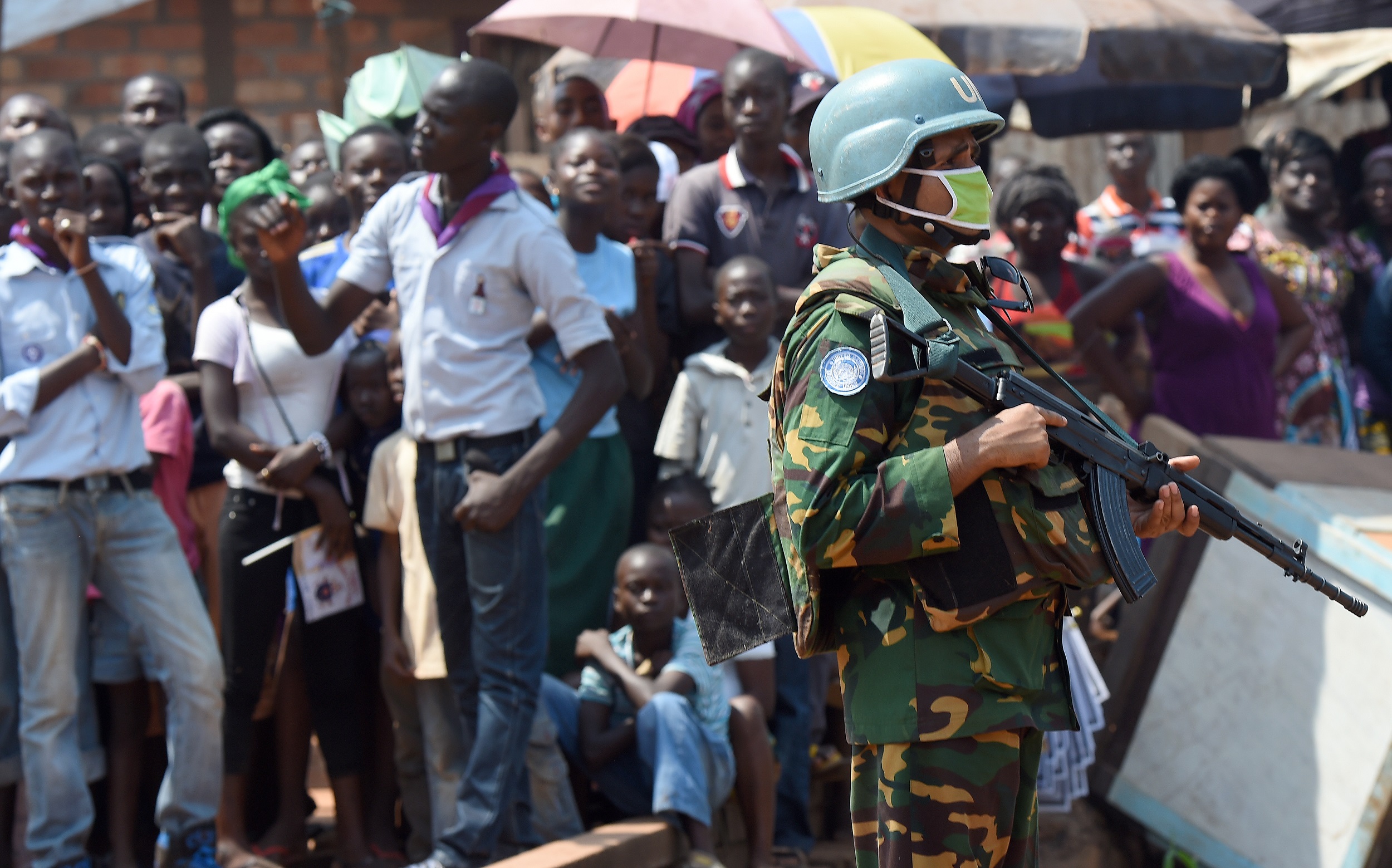 File: The Government of Kenya has announced that all refugees including those living in urban areas must leave the country by November this year.

NAIROBI - The Government of Kenya has announced that all refugees including those living in urban areas must leave the country by November this year.

The announcement came as a total surprise to the refugees living in urban areas such as Nairobi, who had assumed that they were not affected by the November deadline that had earlier been given to Somali refugees living in the Dadaab and Kakuma refugee camps.

The Principal Administrative Secretary from the Ministry of Interior, Joseph Irungu dropped the bombshell at celebrations held in Nairobi to mark the World Refugee Day, which is observed on June 20 worldwide.

"All refugees living in urban areas must now return to the designated refugee camps to avoid conflict with the laws of Kenya," said Irungu adding that all refugees, including those in camps would be required to leave Kenya by November.

According to information from an NGO called HIAS Refugee Trust of Kenya, refugees move from camps into urban areas due to inadequate humanitarian assistance, protection services, and educational opportunities in refugee camps.

Irungu, who also serves as the head of the National repatriation secretariat, made it clear that a deadline had been set and the government would start the exercise of repatriating refugees "soon" – but he did not give an exact date when the highly contested exercise would begin.

His remarks set off murmurs among the people gathered at the event – most of whom were refugees themselves. The guests included NGOs that deal with refugees; United Nations officials; ambassadors and other organisations and individuals, including entertainers, who run programmes for refugees and asylum seekers.

Irungu said that Kenya fully acknowledges its international obligations concerning the treatment of refugees, but regretted that the country’s hospitality had been abused over the years with the sprawling refugee camps in North eastern Kenya being used as hideouts for terrorists to launch attacks on Kenyans.

He said: "The Garissa (2015) and the Westgate(2013) terrorist attacks were both traced back to Dadaab refugee camp. Terrorists come here as refugee imposters and carry out their intelligence and attacks within."

Irungu said Kenya had hosted refugees for over 25 years and now time had come for them to go back home.

"No crisis should remain unresolved for this long. Time has come for Somalis to go back home," said Irungu adding that already nine locations in Somalia had been identified as safe zones for Somalis to resettle in their homeland.

"Refugee status is not a permanent status. Dadaab (refugee camp) shall be closed by November this year. We ask the international community to assist in the exercise of resettling them (refugees) and we also ask the refugees to come out in large numbers to be repatriated," said Irungu.

He said that the government would review the Refugee Act 2006 in order to reflect and align it with the new Constitution of 2010.

Kiama specifically called for an alternative saying it would be better to integrate the refugees especially those who were born in Kenya and knew no other home. She said the government should even consider giving citizenship to some refugees.

Kiama said refugees were not some homogenous group and required "targeted" solutions to their problems. She pointed out the youth had rejected handouts and instead were requesting training opportunities to make them self reliant.

Ambassador Godec said that although Kenya had given a home to hundreds of thousands of refugees over the years, the Kenya government must reconsider its repatriation programme of Somali refugees and align it with international agreements which state that the choice to return home should be a voluntary one by refugees.