Relatives of MH370 passengers to hunt for clues in Madagascar 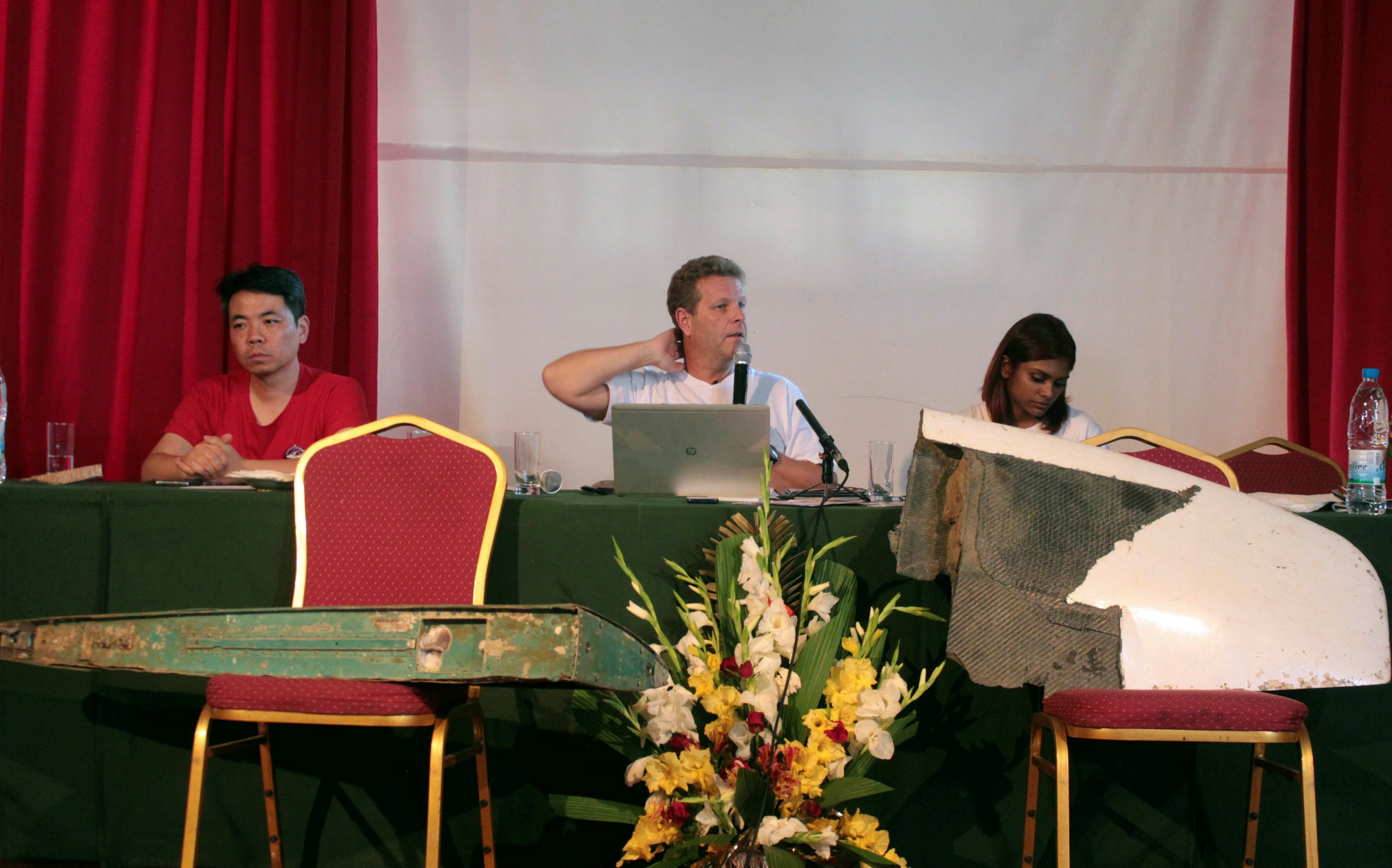 Relatives of some passengers aboard a Malaysia Airlines Flight MH370, carrying 239 passengers and crew, that went missing more than two years ago address a news conference in Antananarivo, Madagascar, December 5, 2016.

ANTANANARIVO – Relatives of missing MH370 passengers launched their own campaign to search for crash debris in Madagascar on Monday, hoping to solve the mystery of how the plane disappeared in 2014.

Families from Malaysia, China and France gathered in the capital Antananarivo as frustration grows over the failure to find the plane and as search efforts are scaled down.

The Malaysia Jet Boeing 777 jet was carrying 239 passengers and crew when it disappeared en route from Kuala Lumpur to Beijing on March 8, 2014.

Several pieces of debris have been picked up in Madagascar after the first debris, a two-metre wing part known as a flaperon, was found washed up on the French Indian Ocean island of Reunion in July 2015.

"We have been asking the authorities to mobilise a coastal search here and we have had no success," Grace Nathan, a Malaysian attorney who lost her mother on the flight, told a press conference.

"We wanted to do it ourselves so we have come here to try to inform everybody about this missing plane and how important it is for us to look for debris.

"We need to find evidence to solve this mystery of MH370. If we don't know what happened to this plane, we cannot prevent this from happening again."

Nathan said the group of seven relatives would push authorities to increase their efforts and would also travel to the remote east coast to appeal for locals to search for and report possible plane debris.

They will also hand out leaflets showing villagers on how to identify plane debris.

It is believed that the plane crashed into the Indian Ocean, but an extensive deep-sea hunt off Australia's west coast has failed to find a single piece of debris, with the search set to end early next year.

Many next-of-kin have complained about the lack of a coordinated search in the western Indian Ocean and along the African coast despite the recovery of debris which was either confirmed or declared highly likely to have come from MH370.

Jiang Hui, whose mother was on the flight, said the families were desperate to solve the mystery.

"It feels the same as if it was the first day after the accident happened," Jiang said.

"We don't have any answers. It is very sad. We don't know anything."

A report last month by the Australian Transport Safety Bureau, which is leading the search, said the plane was likely out of control when it plunged into the ocean with its wing flaps not prepared for landing, casting doubt on whether a pilot was still in charge.