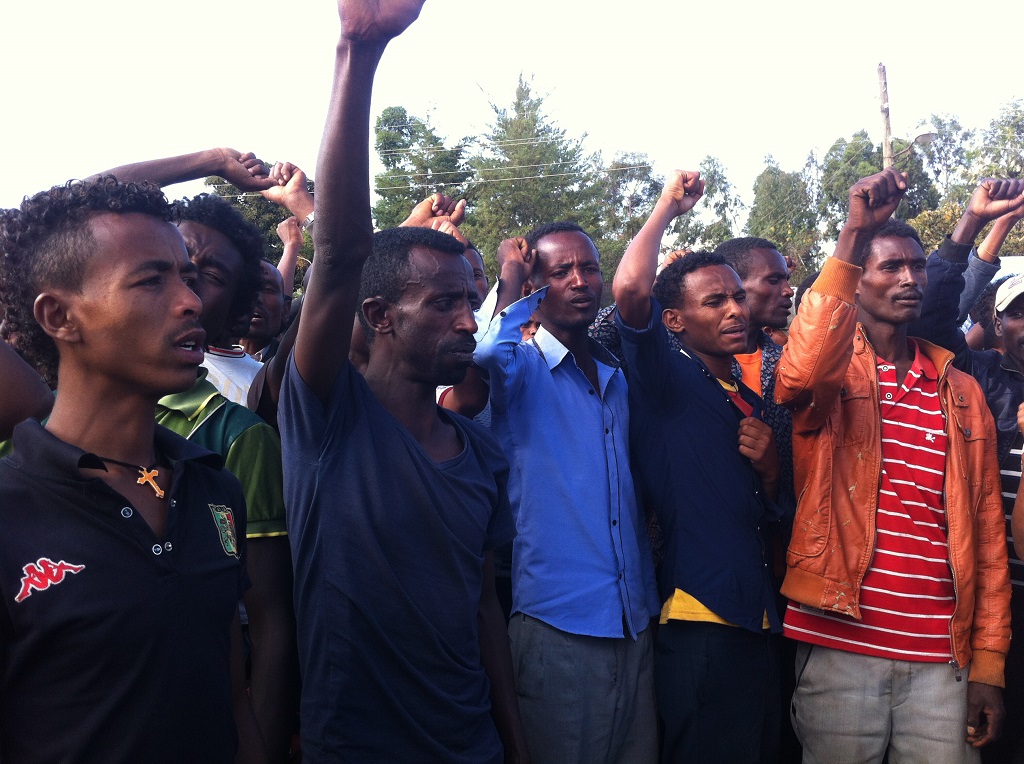 People raise their fists and chant Stop the killings in Wolenkomi, some 60km West of Addis Ababa, after police shot dead at least four people.

JOHANNESBURG – A wave of anti-government protests in Ethiopia that began in November 2015 left 669 people, including 63 police officers, dead, according to a report released by Ethiopia’s state-affiliated Human Rights Commission.

However, the report also praised security forces for showing restraint in some instances and blamed diaspora groups for the trouble, the BBC reported on Tuesday.

Last year, in response to the wave of protests, with activists from the Amhara and Oromia regions complaining of economic marginalisation, Addis Ababa imposed a state of emergency.

The Southern Nations and Nationalities Peoples Region also experienced some of the violent demonstrations.

Corruption, unemployment, land rights and bad governance were listed in the report as some of the reasons for the widespread protests.

But the report went further and accused the diaspora-based Oromo Media Network, and satellite TV channel ESAT, for inciting the violence witnessed in August and October 2016, when hundreds were reportedly killed.

READ: Ethiopia lifts some restrictions imposed during state of emergency

The praise for security forces showing restraint revolved around a traditional celebration on 2 October last year during which dozens died following a stampede.

Nevertheless, the report recommended the prosecution of several individual police officers after dozens of protesters were shot dead the following day.

Prior to the investigations carried out by the human rights commission, in a first-ever, Ethiopian Prime Minister Hailemariam Desalegn rejected calls by the UN and EU for independent investigations into the deaths, saying the country would carry out its own investigation.

The refusal to allow the UN and EU to carry out investigations was based on disputes over the casualty figures brought up by international rights organisations, with the Ethiopian authorities arguing that the security forces had been responding to provocative violence.

Further supporting his country’s commission, Desalegn said it was an independent institution even if it lacked capacity and needed strengthening, and that Ethiopia’s sovereignty should be respected.

The prime minister further defended the recent four-month extension of the emergency law by parliament, saying it was necessary to consolidate some of the gains that the state had achieved in instituting reforms.

The call that was reiterated by the EU in October and repeated last week.

Thousands of people arrested in a nationwide crackdown remain incarcerated.