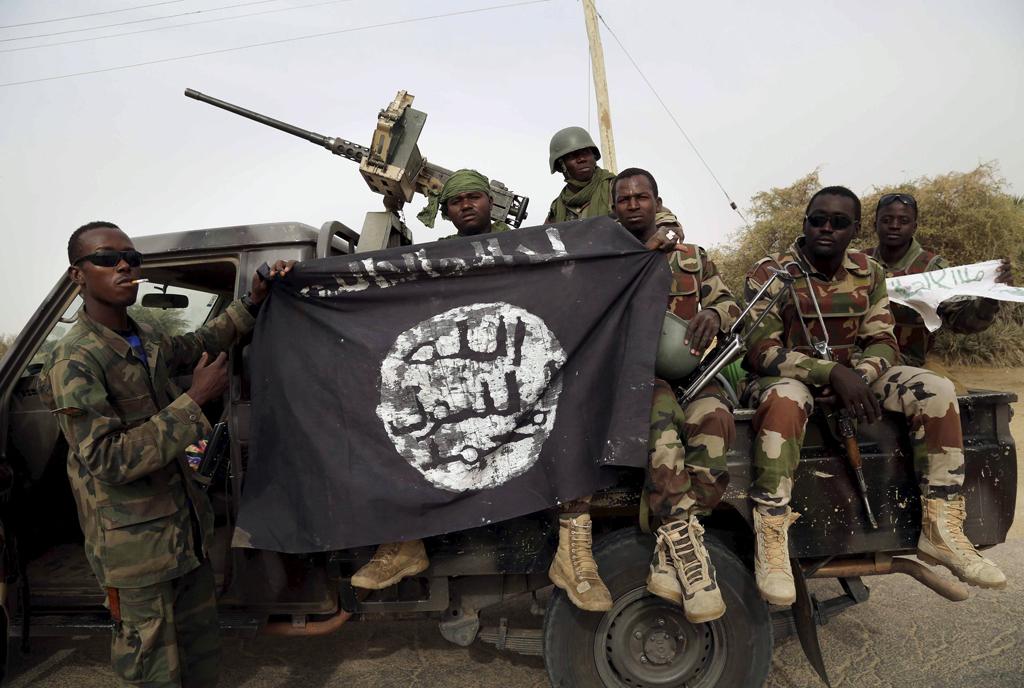 Niger soldiers hold up a Boko Haram flag that they seized in the recently retaken town of Damasak, Nigeria, March 18, 2015. Chadian and Nigerien soldiers took the town from Boko Haram militants earlier this week. REUTERS/Emmanuel Braun

JOHANNESBURG - Amnesty International has strongly condemned the 10-year sentence slapped on a 27-year-old Cameroonian man who joked about Boko Haram.

Joker Fomusoh Ivo and two of his friends Afuh Nivelle Nfor and Azah Levis Gob – were convicted by a Cameroon Military court in Yaound and sentenced to 10 years in prison for “non-denunciation of terrorist acts” linked to a sarcastic SMS about the terror group.

“Fomusoh Ivo and his two friends should never have been arrested in the first place, as they were simply exercising their right to freedom of expression,” Samira Daoud, Amnesty International Deputy Regional Director for West and Central Africa said in a statement late on Wednesday.

“Instead of being in school like their friends, these three young men will now spend years of their lives in prison for a simple joke.

“This ruling is clear evidence that Cameroonian military courts should not have jurisdiction to try civilians.

The Cameroonian authorities must quash their conviction and sentence and immediately and unconditionally release all three of them.”

The rights body said Ivo, whom it considers a prisoner of conscience, was arrested on 13 December 2014 after forwarding his friends a sarcastic SMS referring to Boko Haram.

He was held in police custody in Douala before being transferred to Yaound Prison in January 2015.