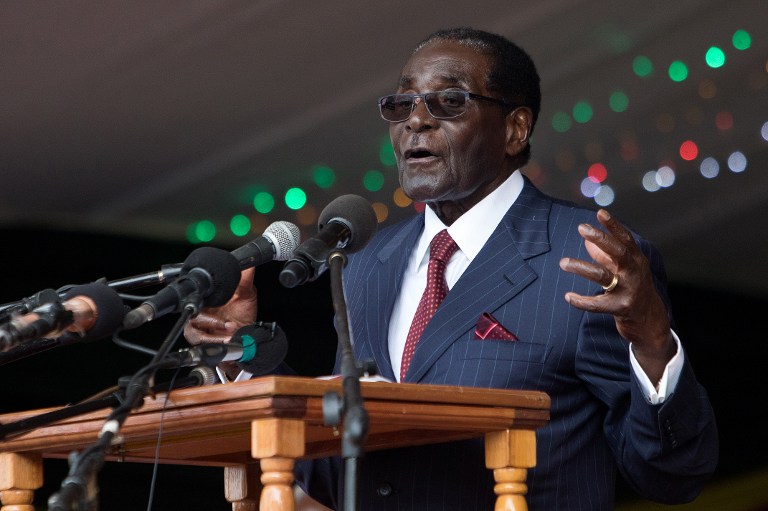 JOHANNESBURG - Zimbabwean President Robert Mugabe has dropped a bombshell, he announced his retirement.

The Zimbabwean president has always maintained that he would die in office.

Speaking to a group of war veterans at the weekend Mugabe admitted that the country's economy is crumbling and said he would retire.

Zimbabwe's currency is in poor shape and banks running out of cash, the country is also feeling the pinch of a crippling drought.

However ZanuPF said Mugabe will still be contesting in the country's next election in 2018 and if he is re-elected, he will only retire in 2023, when he turns 99.

Mugabe told the “war collaborators” that he believed he had now “defeated… the British and Americans…” and that he understood times were difficult in Zimbabwe. “We are in a critical time… for regime change.”

It has never been clear what Mugabe and the governing Zanu PF mean when referring to “regime change”, as the British have few financial interests in Zimbabwe and the Americans “have zero political and economic interest in Zimbabwe”, said a senior western diplomat this week.

Mugabe regularly tells supporters that Zimbabwe has yet to be unexplored financial riches, but that is not what local geologists and other analysts say.

“There was a time, some years ago, when Zimbabwe seemed important, that it could be a powerhouse in the region, but that moment has long gone, and now it is hard to find anyone who can forecast how it can repay its debts even with a new leadership, let alone attract foreign investment,” said a Harare-based financial analyst who asked not to be named.

“There are no so-called unexplored minerals. The best opportunities are a few, well managed, small mines, but nothing big.”

He also questioned why anyone with alternatives would choose to live in Zimbabwe, as it was short of water and electricity. “There is not much to attract anyone to Zimbabwe these days. It is not a particularly comfortable or attractive place to live nowadays.”

Mugabe also acknowledged that there were factions within Zanu PF but that they would come together ahead of the next elections. Veteran Zimbabwe political analyst Brian Raftopoulos says chances that the fractured opposition could win the next elections are “bleak”.

Zimbabwe is so broke it has largely run out of the cash it uses, US dollars, and later this week a new currency called Bond Notes will emerge in some bank exporters’ bank accounts.