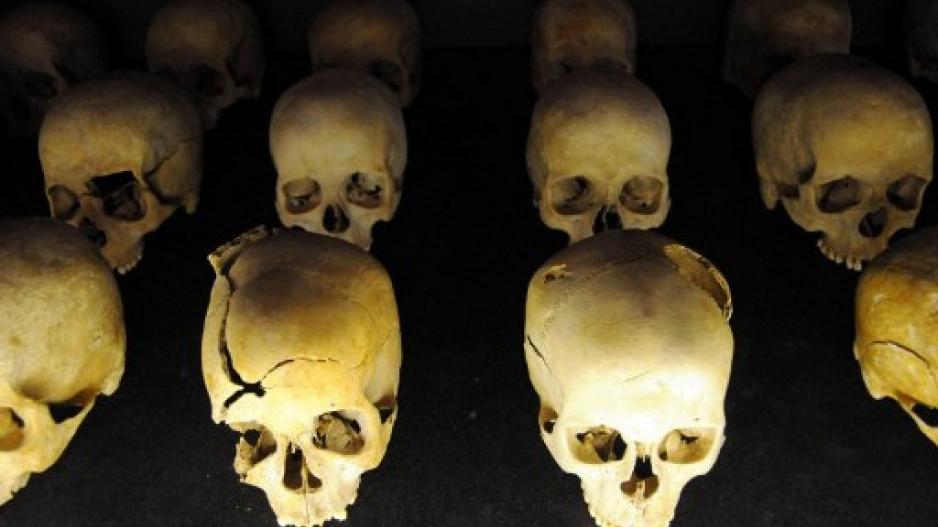 File: The skulls of victims of the 1994 Rwandan Genocide are displayed in the Kigali Genocide Memorial in Kigali, Rwanda on April 7, 2012.

KIGALI - Rwanda&39;s upper house on Wednesday unanimously passed a bill amending a law against "genocide ideology" that had been criticised as muzzling free speech and suppressing opposition.

Rwanda adopted the original law in 2008, 14 years after extremists from the Hutu majority killed an estimated 800,000 Tutsis and moderate Hutus in one of history&39;s worst genocides.

Rwanda&39;s lower house unanimously passed the bill earlier this month, and the Senate passed it on Wednesday.

Deputy Attorney General Jean Pierre Kayitare said: "The next step will be for the president to sign it and it will be published in the official gazette. This means that as soon as it is published, the old law will be repealed and all cases in court related to genocide ideology will immediately start using the new law."

Rights groups had criticised the original law as too vague and said it was being used to crack down on opposition to the regime of President Paul Kagame, who led a Tutsi rebellion to take power in 1994 and end the genocide.

Under the amended law, criminal intent must be proved, and an act of inciting genocide must be carried out in front of more than one person.

The bill punishes only "an intentional act" in public, whether in a speech, writing, video or other medium.

The action must be "characterised by thoughts based on ethnicity, religion, nationality or race to foment genocide and/or support genocide," it reads.

Prison sentences are also reduced from 25 years to a maximum of nine in line with a new penal code that has lowered sentences in general.