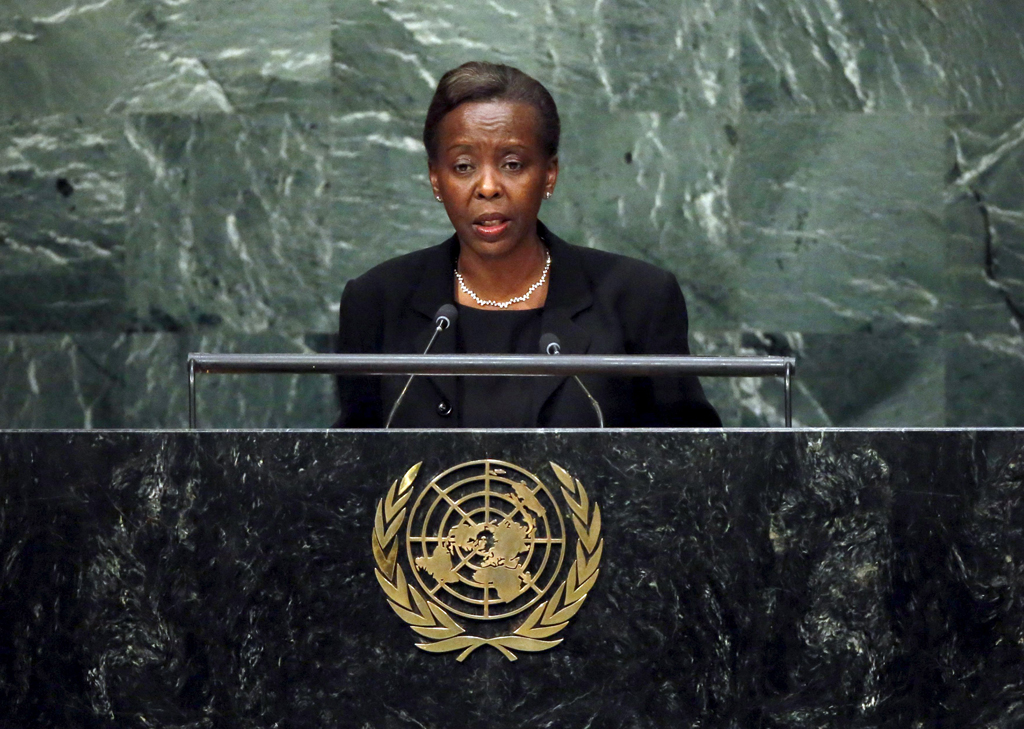 Burundi, where a 13-year civil war ended in 2006, has been rocked by violence since April, when President Pierre Nkurunziza launched his now successful but highly controversial bid for a third term in power.

Relations between Rwanda and Burundi grew tense after Rwanda President Paul Kagame urged Nkurunziza to end his bid for a third term.

"Our wish is for Burundi to be peaceful, for those who&39;ve sought refuge in Rwanda to repatriate, and for the region to advance," Mushikiwabo added.

The Rwandan capital Kigali has become a refuge for many opposition and civil society activists -- as well as dissidents from Nkurunziza&39;s ruling party.

Burundi however goes a step further, claiming that rebel forces -- set up by mutinous soldiers after a failed coup in May -- are also there and enjoying Rwandan support.

But Kigali said it does not want to be drawn into the accusations.

"We are not in the logic of exchanging accusations and denials," Mushikiwabo said.

"It&39;s not that we&39;ve kept quiet, we want them (Burundians) to solve their own problems, and after we shall talk about our relations," she added.

Tightly-controlled Rwanda -- which has a similar ethnic makeup to Burundi -- is seen as a safe place for those who oppose the government in Bujumbura.

The people of Rwanda and Burundi have close ties, and have taken turns sheltering in their neighbour when trouble spiked, including during Rwanda&39;s 1994 genocide and Burundi&39;s 1993-2006 civil war. Rwanda now hosts over 70,000 refugees from Burundi.

"Refugees are highly politicized, and what we&39;re trying to avoid is that the problems and tensions that exist at the level of Burundi, are transferred on Rwandan territory," she added.