Rwanda takes over as AU chair 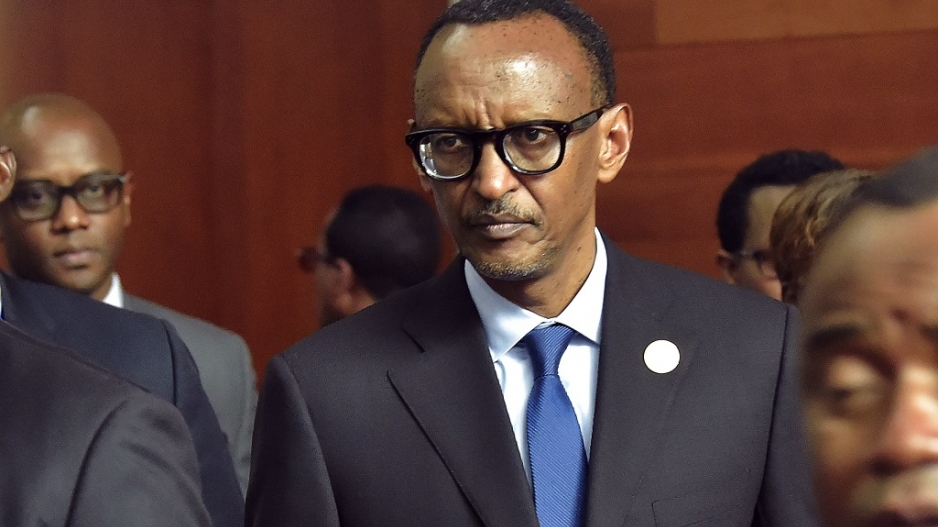 Rwandan President Paul Kagame attends the opening of the Ordinary Session of the Assembly of Heads of State and Government during the 30th annual African Union summit in Addis Ababa on January 28, 2018.

ADDIS ABABA – Rwanda took over on Sunday as the new chair of the African Union (AU) during the first day of the 30th ordinary session in Addis Ababa, Ethiopia, where Rwandan President Paul Kagame said "freedom of movement for people in Africa" was achievable this year.

Rwanda was elected to lead the AU at the last summit a year ago to take over from Guinea.

"It is a solemn honour to accept the call to serve as chairperson of our union. Thank you for your double trust. First as the leader of the reform process and now as the leader of our union. I promise to do this with you and do the best job I can. Obviously, I will need your full support," said Kagame in his acceptance speech.

I also join my colleagues to welcome our newest members, George Weah of Liberia, Emmerson Mnangagwa of Zimbabwe and Joao Lourenco of Angola to the African Union Heads of State Summit. I also congratulate H.E. @PaulKagame upon assuming the presidency of the union. pic.twitter.com/QeMINlc06F

He said he had learned from Guinea&39;s President Alpha Cond, whom he described as a professor and teacher. "I can safely say that I have learned from him. I have also seen his very big heart for Africa. Congratulations Mr President," said Kagame.

"Please join me paying tribute to his impeccable service to our organisation. I have been lucky to work with his predecessor President Idriss Deby, and even luckier to work with both of them. I want to assure you that I had a lot of wisdom flowing from them."

Africa’s defining challenge "is to create a pathway to prosperity for our people, especially young people". He said that elsewhere in the world, this had been achieved through industrialisation. "But the growth trajectory that transformed Asia is not necessarily any longer a viable option for Africa, simply because we waited too long to act."

Kagame said technology had evolved so rapidly in recent years that Africa’s window to follow that strategy was narrowing much more rapidly than previously understood. "We are running out of time, and we must act now to save Africa from permanent deprivation. Scale is essential. We must create a single continental market, integrate our infrastructure, and infuse our economies with technology.

"No country or region can manage on its own. We have to be functional and we have to stay together. The financial and institutional reform of the African Union derives all of its urgency from these realities."

He said that fortunately, Africa had assets and strengths to build on, starting with the AU and its tangible commitment to unity. This was an advantage which no other region in the world possessed in such abundance. "Unity must be our starting point as we do the necessary work of re-defining our plans and ambitions in continental terms," Kagame said.

AU programmes, policies, and priorities contained the right tools for the job. "Today, we will launch the single African air transport market. This is a major step forward for transportation. We are nearly ready to adopt the continental free trade area. It really needs to be done this year," he said..

Freedom of movement for people in Africa was equally important and achievable in 2018. "By committing to breaking down these barriers we will send a tremendous signal in Africa and beyond, that it is no longer business as usual. Our people deserve a brighter future. Their sacrifice and hard work should be rewarded with better lives for families and communities.

"I wish to close with a message to Africa’s young people. Elders should be able to enjoy the pleasure of telling you how hard they had it at your age, so you don’t take things for granted and are inspired to work even harder. However, too many Africans come of age in the same conditions as their parents and grandparents, and sometimes the hardships endured are even worse.

"Our job is to make sure that every generation in Africa enjoys a better life than the previous one. Young Africans are also professional men and women and you have a full role to play. We cannot build Africa without you. For women, especially, we need to unreservedly accord them their full rights and roles," Kagame said