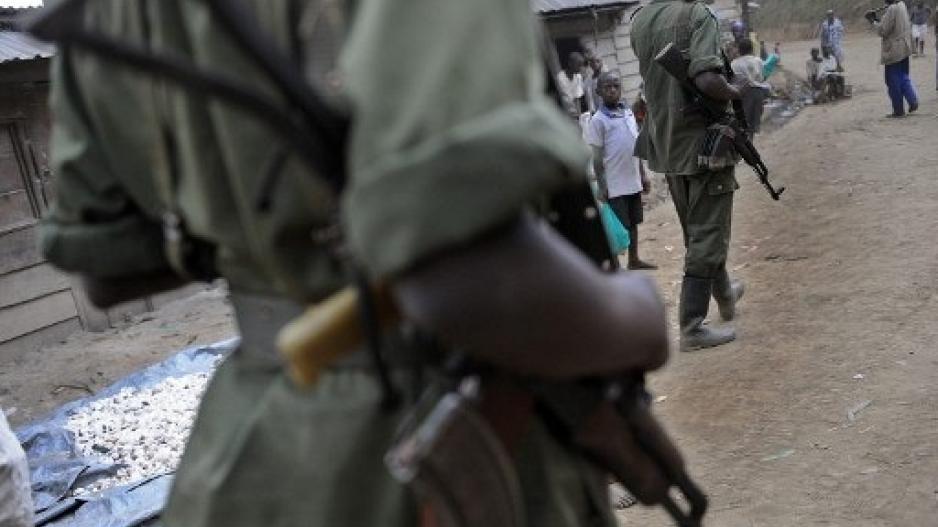 Democratic Forces for the Liberation of Rwanda (FDLR) soldiers patrol Lushebere in the Massasi district, eastern DRCongo, in 2008. A senior FDLR officer has been arrested in DRC.

KIGALI – Rwandan military and civil authorities are accused of arresting, beating and threatening people challenging a decision by the government to force residents off their land.

The violations have been reported in western Nyamyumba, Rubavu district, where local authorities have been forcing residents off their agricultural land in favour of another family with a disputed claim to the land.

In the Rutsiro, the government is forcing 30 families off their land to make way for the construction of a new so-called “model village”.

Nyamyumba community leader Oscar Hakundimana, who has objected to the authorities’ decision, was arrested in December and charged with rebellion and inciting insurrection.

His trial is ongoing. Residents who protested against his arrest have been beaten.

Rutsiro student and political activist Lonille Gasengayire was arrested in August 2016 for opposing the government and charged with inciting insurrection. Residents who tried to testify on her behalf at her trial were intimidated. A court acquitted and released her a fortnight ago.

“The government’s goals to settle land disputes and modernise villages are legitimate, but trampling on the rights of those most affected who express their fears for their land and their livelihood is not,” said Ida Sawyer, Central Africa director at Human Rights Watch.