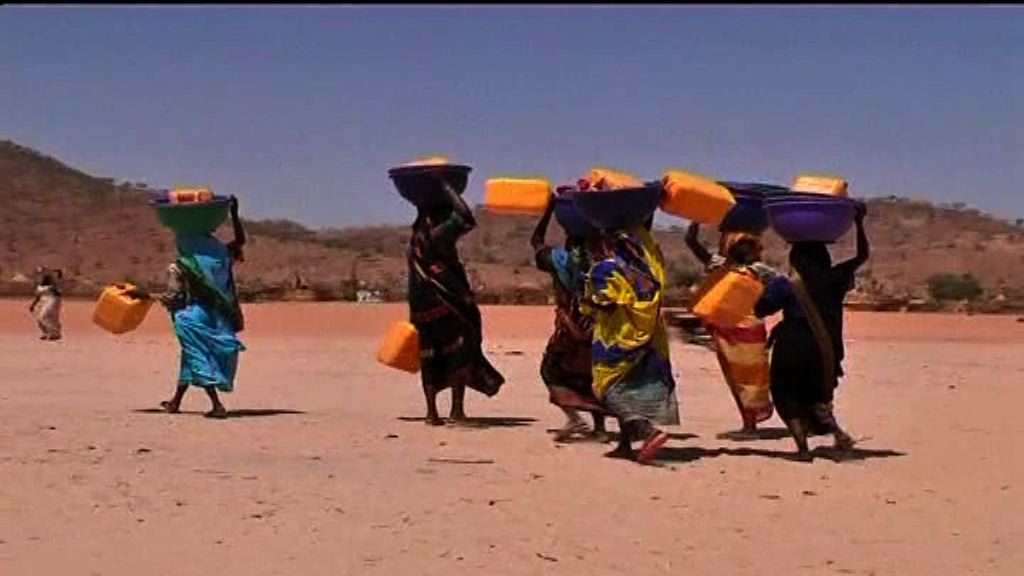 Human Rights Watch accuses Sudanese soldiers of raping over 200 women within a space of 36 hours in a Darfur town last year.

"They started to demand things. If you didn't give to them, they killed you," she said, visibly exhausted from what she said was a week-long walk through the bush and across the southern border to relative safety in Democratic Republic of Congo.

Mandulu's account and those of some of the other 64,000 people who have fled South Sudan to isolated north-eastern Congo could not be independently verified.

The South Sudanese government, which has fought a civil war against rebels headed by former vice president Riek Machar for three years, says it only targets the rebels, who say in turn that they only attack the military.

But the refugees' accounts and a human rights report from the Equatoria region, much of which is cut off by fighting, point to both sides targeting civilians along ethnic lines, adding weight to a UN warning of a genocide in the making.

Mandulu, taking shelter in the Congolese village of Karukwat, said among the first to be killed in Tore Payam were a woman and a local trader accused by the soldiers of collaborating with Machar's SPLA-IO rebels.

"They (the soldiers) said Equatorians are rebels," she said, her nine-month-old baby in her lap and a child clinging to either arm. "They even started searching for civilians in the bush, started killing them."

Mandulu left behind her 10-year-old son, who had been at her aunt's house when the attack began. Her husband had been away in the capital Juba at the time. She has had no news from either.

More than one million people have fled South Sudan since the conflict erupted in December 2013 after Kiir fired Machar as vice president, the largest mass exodus of any conflict in central Africa since the 1994 Rwandan genocide.

Over 4,000 a day have been crossing into Uganda, where the Bidibidi refugee settlement, open since August, now hosts over 188,000 people. Another 36,600 refugees have reached Ethiopia since early September, and over 57,000 fled to Congo this year.

The fighting has mostly pitted Kiir's Dinkas, the dominant ethnic group estimated to be roughly a third of the population, against Machar's Nuer tribe.

But as fighting has spread to southern border states, known as Greater Equatoria, it has sucked in dozens of other ethnic groups that are also historically in conflict with the Dinka.

Adama Dieng, UN Special Adviser on the Prevention of Genocide, warned the Security Council this month that the violence was providing "fertile ground" for a genocide.

The Nuer and Dinka, cattle-keeping peoples in the central Nile valley, have a long and sometimes deadly history of rivalry over grazing lands. A near 50-year conflict against the Sudanese government in Khartoum ending in 2005 worsened these tensions.

In 1991, for example, forces allied to Machar massacred 2,000 Dinka civilians, according to rights groups.

Human Rights Watch last week accused the army of killing civilians and raping women thought to be Nuer and said rebel forces from ethnic groups in Equatoria had targeted Dinka civilians in and around Yei, the latest flashpoint.

In Karukwat, which is sheltering hundreds of refugees, Ferana Lavirck, 23, spoke of the aftermath of a clash between government troops and rebels, when enraged soldiers returned to his village and attacked civilians.

"They came back and start stabbing people, taking people's property," he told Reuters. "Schoolgirls were raped ... There is no proper security. Everything was destroyed. People were killed like animals."

The United States is pushing for a UN arms embargo on South Sudan and further targeted sanctions, including against Machar and Paul Malong, the head of President Kiir's army.

The Security Council has also authorised a 4,000-strong regional protection force for South Sudan, after the existing 12,000-troop UN peacekeeping mission failed to protect civilians during fighting in Juba in July.

But there are fears it could be too little too late.

A report by a UN panel of experts this month said the war was increasingly viewed by both sides as "a zero-sum confrontation between the Dinka and non-Dinka tribes".

The head of the UN commission on human rights in South Sudan said on Thursday that ethnic cleansing was taking place in some areas, where the stage was set for a repeat of the Rwandan genocide.

"There is already a steady process of ethnic cleansing under way in several areas of South Sudan, using starvation, gang rape and the burning of villages," Yasmin Sooka said in a statement.

Asked about the report, Kiir told Reuters: "There's no such thing in South Sudan. There's no ethnic cleansing."

There are signs of Kiir's forces importing large amounts of ammunition. A November 25 letter seen by Reuters from the South Sudanese embassy in Ethiopia to army headquarters in Juba referred to a shipment of 20,000 rockets, 20,000 hand-grenades, 7,964 mortar bombs and nearly 3 million rounds of ammunition.

The letter's authenticity could not be confirmed and South Sudan's military spokesman declined to comment.

"I have no information on what you are talking about, and therefore I cannot react to what I have not seen with my own eyes," said spokesman Lul Ruai.

As farmers fled the violence in Equatoria, traditionally South Sudan's bread basket, they left their crops rotting in the fields. Up to 4 million people – over a third of the country's population – are severely food-insecure, the World Food Programme said this month, describing the current level of malnutrition as unprecedented.

Casie Copeland, a researcher with the International Crisis Group, said the world had turned a blind eye to the fighting in its newest country, whose independence from Sudan in 2011 was strongly backed by the United States and other Western nations.

"From the war's outset the UN never tried to maintain a death toll. Guesses vary from 50,000 up to 300,000. It demonstrates a shocking lack of humanity that no one has tried to establish the scale of violence," she said.

UN spokesperson Farhan Haq said the UN mission in Sudan had faced numerous challenges accessing affected areas but was doing all it could to establish death tolls and other human rights violations.

So far, villages in Congo, a country with its own long history of civil war, are coping with the influx.

In the Congolese town of Meri, where over 6,000 South Sudanese have settled, local women have pooled their meagre resources to buy high-protein supplements for refugee children.

But recurrent crises have stretched resources, as high-profile cases like Syria command donor attention. In recent years, the UN refugee agency in Congo has only been funded at about a quarter of what it says it needs.

"We don't have sufficient means to help them," said Medard Mokobke Mabe, the co-ordinator for the Red Cross in Karukwat, estimating that more than 100 refugees arrive each day.