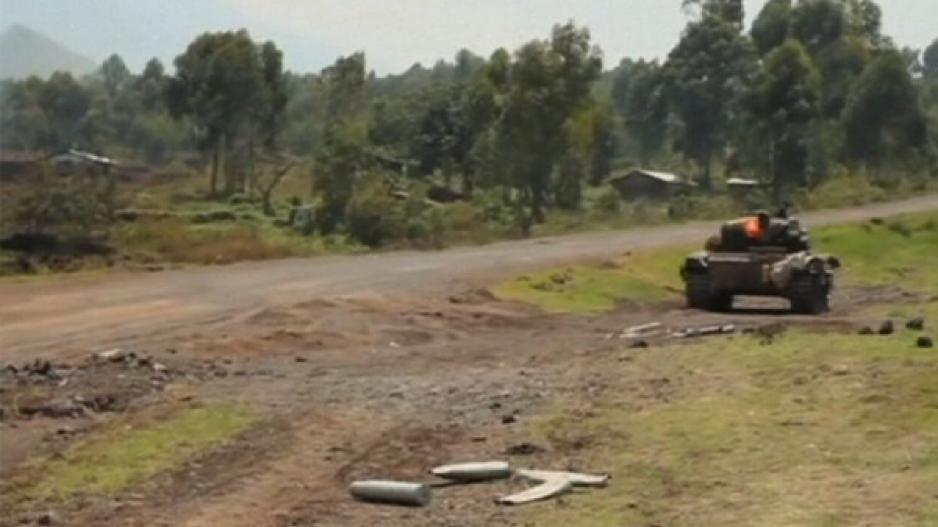 "We got six kills, to put it coarsely."

"In one case the target was 2.2 km away," he added. "On Saturday a South African sniper took out a machine gun post."

South African soldiers are part of a UN intervention brigade, which has an unprecedented mandate to battle the armed movements long active in eastern Congo.

They are fighting the M23 rebel movement, a predominantly ethnic Tutsi force that deserted from the army last year and has been battling the regular army in the Goma area in sporadic clashes that broke a July truce.

Greeff said that on Wednesday Russian-made Mi-24P helicopters belonging to the Ukrainian Air Force also joined the airstrikes on rebel targets around Goma.

President Jacob Zuma on Thursday confirmed three South African soldiers had been injured in the clashes.

"Three of our soldiers have been injured in the conflict since the weekend, largely from shrapnel wounds. None have been seriously wounded."

Mabanga said the injuries were sustained through bombs and exchanges of fire.

"It appears from information coming from the front that the officers were busy planning attacks on DRC and UN bases," he added.

Within weeks South Africa is expected to deploy two Rooivalk helicopters to the DRC, according to the defence union&39;s Greeff.

"Those things have much more firing power than the Mi-24P," he said.