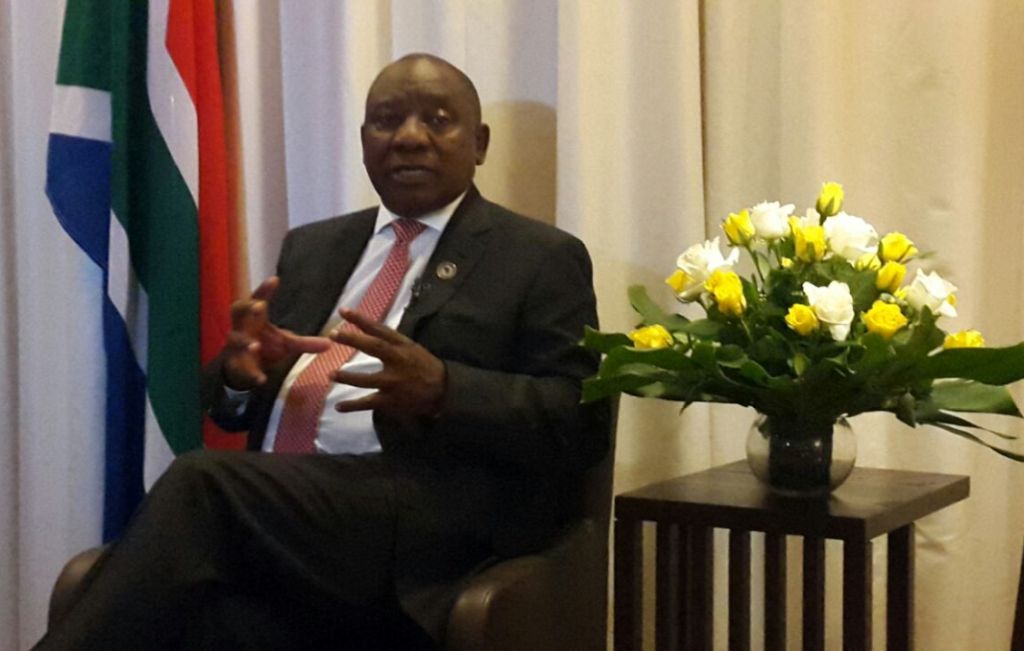 SA President Cyril Ramaphosa briefs the media following the conclusion of the AU Extraordinary Summit in Kigali, Rwanda. Ramaphosa said the country had pledged its full commitment to the treaty as he signed the declaration.

Ramaphosa did not sign the crucial agreement at the African Union  (AU) Extraordinary Summit in Rwanda&39;s capital Kigali -- only signing the declaration on the establishment of the African Continental Free Trade Area (AfCFTA).

The tee agreement is reported to have the potential to create a unified market of U.S. $1.2 billion and a GDP of over U.S. $25 trillion.

A total of 44 countries signed the AfCFTA, while 27 signed the protocol to the treaty establishing the African economic community relaying to free movement of persons.

Ramaphosa said that his government welcomed the "historic moment" saying that it had been dreamt of by the founding fathers of the AU, saying that South Africa was pledging itself totally to opening up trade by signing the declaration.

"We are part of this process of opening up Africa for trade. All that is holding us back from signing the actual agreement is our own consultation process. We still  need to consult at home, to consult in Cabinet, to consult the partners at [the National Economic Development and Labour Council ] Nedlac, and finally to consult Parliamentarians, " Ramaphosa said.

"So we are really going the clean up process of ensuring that everybody is on board. As far as we are concerned as South Africa we are very much part of it. The agreement therefore is very much alive, it&39;s not dead in the water. We as South Africa want free trade in Africa because we are an important player in the African continent."

Ramaphosa said that Nigeria did not sign the agreement for the same reasons.

Nigeria President Muhammad Buhari did not even attend the Summit after withdrawing from signing the trade agreement and said his government needed to do more consultation despite his Cabinet adopting it last week.