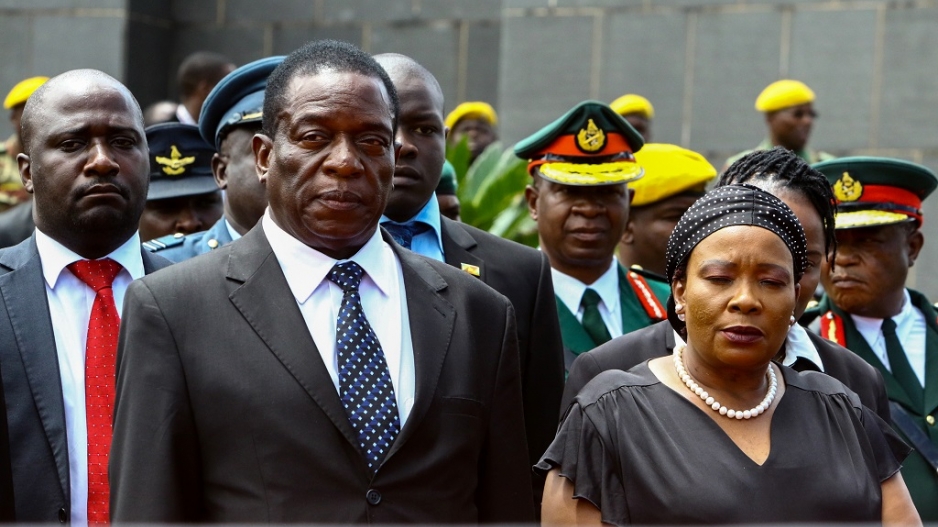 Mnangagwa, 75, had been one of the president's closest allies since Mugabe took power in 1980 after leading the fight against British rule. He was sacked on Monday following weeks of public clashes with Mugabe and Grace, 9 November 2017.

HARARE – Zimbabwe&39;s sacked vice president, Emmerson Mnangagwa, said Wednesday he had fled the country, as he issued a direct challenge to the nation&39;s long-ruling leader Robert Mugabe and his wife Grace.

The ruling ZANU-PF party "is not personal property for you and your wife to do as you please," Mnangagwa said in an angry five-page statement, vowing he would return to Zimbabwe to lead party members.

Mnangagwa, nicknamed "the Crocodile" due to his ruthless personality, was the foremost contender to succeed Mugabe, 93, but his abrupt removal appeared to clear the way for Grace to move in to take over as president.

His vow to fight back marked a new level of political instability in Zimbabwe, where Mugabe, who is the world&39;s oldest head of state and is in increasingly frail health, has ruled unopposed for decades.

"(ZANU-PF) is now a party controlled by undisciplined, egotistical and self-serving minnows who derive their power not from the people and party but from only two individuals in the form of the First Family," Mnangagwa said.

He said the Mugabes acted as if they were "demi-gods", serving only their own interests.

Mnangagwa, 75, had been one of the president&39;s closest allies since Mugabe took power in 1980 after leading the fight against British rule.

He was sacked on Monday following weeks of public clashes with Mugabe and Grace.

After his outburst on Wednesday, the ruling party kicked Mnagagawa out of its ranks.

We dealt with him

"We dealt with him and hope we can deal with others who were conspirators alongside him," President Mugabe told thousands of cheering supporters in Harare on Wednesday.

He said Mnangagwa "was lacking supreme discipline which we should show at the top."

Mnangagwa said he had viewed his relationship with Mugabe as like between a father and son, and that he had even acted as Mugabe&39;s personal bodyguard.

But in his statement, he described Mugabe as "one stubborn individual who believes he is entitled to rule this country until death."

Mnangagwa did not reveal which country he was in, but said he had been forced to leave due to "incessant threats".

On Saturday, Grace Mugabe was jeered at a rally in second city Bulawayo in front of the president.

State media said the jeering was by Mnangagwa&39;s supporters.

"I don&39;t think there&39;ll be reconciliation, both Mnangagwa and Mugabe have crossed the Rubicon," Derek Matyszak, an analyst at the Pretoria-based Institute for Security Studies, told AFP.

"Does it mean he&39;s going to encourage people to take to the streets? We&39;ll have to see."

Grace Mugabe, 41 years younger than her husband, has three children with the president and is often accused of extravagant spending on clothes and travel, as well as involvement in corrupt land deals.

In her political ambitions, she is thought to be backed by "G-40", a group of young activists of the under-40 generation that has earned a reputation for aggression.

Grace was granted diplomatic immunity in South Africa in August after she allegedly assaulted a model at an expensive Johannesburg hotel where the couple&39;s two sons were staying.

On Wednesday, Chris Mutsvangwa, chairman of the independence war veterans&39; association, which is seen as in Mnangagwa&39;s camp, shrugged off suggestions that the group could topple the president.

"We do not subscribe to coups," he said at a briefing in Johannesburg, describing Grace Mugabe&39;s position as a "coup by marriage certificate... we have to resist it".

Mugabe is due to stand in elections again next year and has given no indication that he will step down soon.

No one has yet been named to replace Mnangagwa as the government&39;s number two, though ZANU-PF is due to hold its annual congress next month.