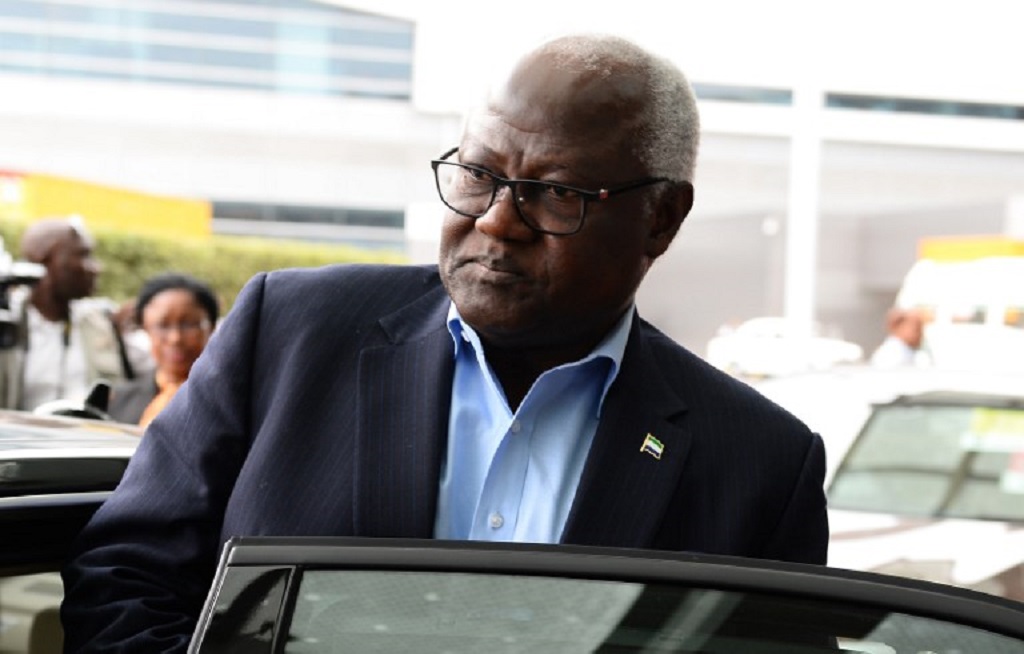 Sierra Leone's President Ernest Bai Koroma unlawfully dismissed his vice president after he was expelled from the ruling party, 27 November 2017.

Samuel Sam-Sumana was kicked out of the All People&39;s Congress (APC) in March 2015 on suspicion of fomenting violence, deceit, fraud and threatening party officials.

He went into hiding and applied for asylum in the United States, later losing an appeal against his expulsion at Sierra Leone&39;s Supreme Court in September 2015.

But on Monday regional judge Chijioke Nwoke, and two others at the Community Court of Justice of the Economic Community of West African States (ECOWAS), said due process had not been followed.

The APC constitution includes a 30-day appeals period. The party expelled Sam-Sumana on March 6, 2015 and he filed his appeal 20 days later.

"On this ground alone, it is sufficient to void the applicant&39;s removal from office," Nwoke said in a written judgement read to the court in Abuja on Monday.

"In all circumstances, it is always required that the law should be allowed to run its course.

"The exercise of power... should be circumscribed with the requirements of due process and this has not been satisfied in this particular case."

The judges said his right to participate in government and right to a fair hearing under the African Charter of Human and Peoples&39; Rights had therefore been breached.

The court&39;s rulings are binding on all member states, final and not subject to appeal, but Sierra Leone&39;s justice ministry swiftly reacted in a statement which said it "lacks competence and jurisdiction" over the case.

"The Supreme Court of Sierra Leone did rule on the above matter and therefore, no other court is competent to overrule it except itself," the statement said, adding the government "therefore does not accept nor recognise the decision of the ECOWAS Court."

The regional court ordered Sierra Leone to back-date Sam-Sumana&39;s salary and benefits from the day of his removal and pay court costs.

He had applied for costs of some $10 million (8.4 million euros) but his lawyer, Raymond Atuguba, said it was not immediately clear how much would be paid.

"This case was not just about cost," he told reporters outside court.

"It&39;s about the integrity of the Sierra Leonean state and the rule of law, which says that a president cannot just get up one fine morning and just dismiss his vice-president."

Sam-Sumana hailed the ruling as "a message to our Sierra Leone and Africa as a whole" to use the courts, rather than violence, to resolve disputes.

Sierra Leone holds elections next year and Sam-Sumana said the ruling paved the way for him to run for president, though the country&39;s two major political parties have already chosen their candidates.

"I&39;m sure by March 7, you will be talking to the next president of Sierra Leone," he told reporters.