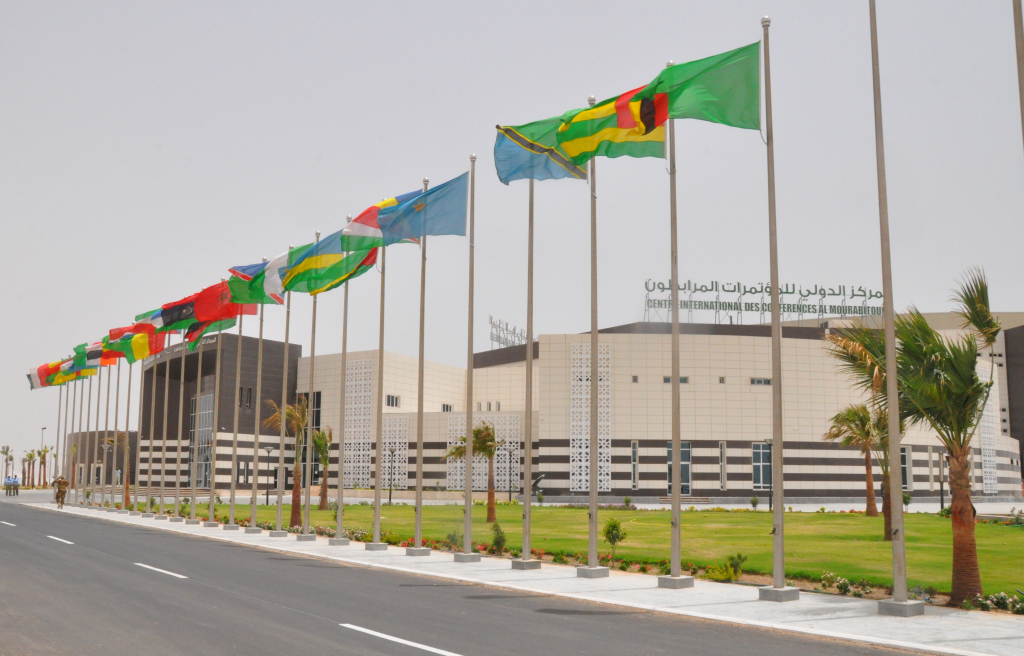 The al-Mourabitoune Conference Centre in the Mauritanian capital Nouakchott where the 31st Ordinary Session of the Assembly of the Heads of State and Government of the African Union will be held on July 1.

Issues high on the agenda include financing of the AU, security on the continent and cooperation with developing countries in the Caribbean and Pacific.

The hosts of the summit warned that a deadly attack against a regional anti-terror force has exposed regional security failings.

A suicide bomber in a vehicle painted in UN colours killed two soldiers and a civilian in the attack on the headquarters of the so-called G5 force headquarters in the Malian town of Sevare on Friday.

It was the first attack on the headquarters of the five-nation force, which was set up with French backing in 2017 to fight jihadist insurgents and criminal groups in the vast and unstable Sahel region.

Mauritanian President Mohamed Ould Abdel Aziz, whose country is part of the G5 and is hosting the two-day AU summit, said the bombing "hit the heart" of the region&39;s security and lashed out at a lack of international help.

The Al-Qaeda-linked Support Group for Islam and Muslims, the main jihadist alliance in the Sahel, claimed the attack in a telephone call to the Mauritanian news agency Al-Akhbar.