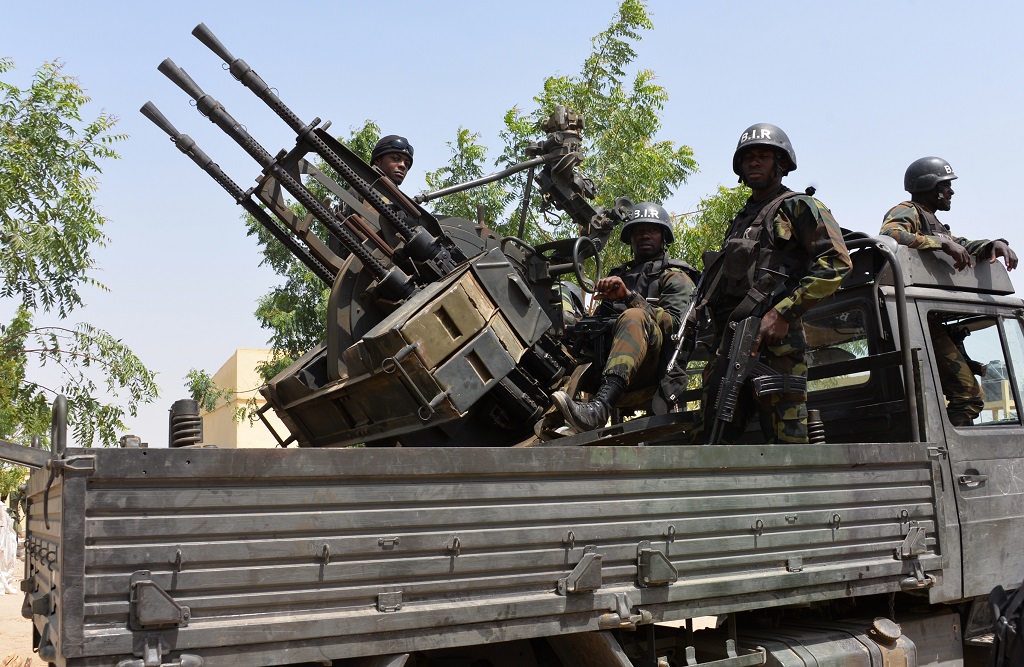 IKOM, Nigeria - For the first time in his life, Victor Obi believes that the only way to win freedom in Cameroon is with a gun.

"I don&39;t want to die, but the only future is our independence, and they will not give it to us," said the student, whose name has been changed for his own safety.

The 25-year-old is camped out in a small Nigerian village just kilometres from his home in Cameroon where authorities have launched a crackdown on English-speaking separatists.

"They killed my sister and my brother," said Obi, his voice heavy with hatred. "I have nothing to lose."

In December, Obi says soldiers invaded his hometown of Kajifu and started shooting indiscriminately at suspected separatists, said to be running a major training camp in the thick equatorial forest surrounding the village.

Kajifu is located in one of Cameroon&39;s two English-speaking regions that have been pushing for independence from the French-speaking elite who rule the West African country.

On October 1, separatists declared the two regions as the self-proclaimed republic of "Ambazonia", marking a turning point for the country&39;s English-speaking minority, which makes up around a fifth of the population.

At least 26 soldiers have been killed in the violence, according to an AFP tally.

But the civilian death toll isn&39;t known, with non-governmental organisations and independent media barred from the area.

Though the original Ambazonia leaders have dissociated themselves from militant offshoots - they claim their struggle is peaceful - there are a growing number of attacks against the government.

On Sunday, before a national youth day parade in Batibo, a town near the Nigerian border, a government official was kidnapped and his car was burnt in an attack claimed by separatists.

Lucas Cho Ayaba, leader of the Ambazonian Defence Forces (ADF), took credit for the kidnapping, declaring: "You kill my people, we will chase you to the gates of hell."

The ADF, along with three other militias, represent the main groups which count more than 300 fighters, according to an International Crisis Group (ICG) estimate. There are also 10 much smaller but violent factions engaged in the conflict.

"The main issue for Ambazonian groups is that they really lack finance," he said.

"If they had money to buy weapons, train and feed their people, they could raise an army."

But amidst the chaos, one thing seems certain: the crackdown has radicalised many English-speakers, among them the farmers and managers who have long felt marginalised by Yaounde but have never been interested in politics - until now.

English-speakers in Cameroon have been marginalised for too long, said Pastor John Mbe, one of more than 33,000 refugees in Cross River State, Nigeria.

"Many people have died already, we can&39;t go back home," he said, "young people may not have guns and bullets, but I can tell you they&39;re angry."

A source close to the militants says they have adopted the guerilla philosophy of freedom fighters in Eritrea as well as that of Nelson Mandela&39;s anti-apartheid movement in South Africa.

In Manyu, a region at the epicentre of the conflict, separatists block roads with tyres and tree trunks to ambush and attack military bases.

The militants are armed mostly with homemade rifles, some Kalashnikovs, grenades and other improvised explosive devices.

The few sophisticated weapons they possess have been stolen from police stations.

READ: Nigeria calls for an end to violence in Cameroon

As a result of the simmering violence, thousands of refugees are arriving in Ikom, a city just over the border in a Nigeria, raising fears that the conflict is spiralling out of control.

No formal fighter camp has been identified, but according to several witnesses interviewed by AFP, young refugees are performing black magic rituals to prepare for war.

They gather in small groups for "juju" ceremonies, during which they cut their foreheads and rub the bleeding wound with "magic potions" to make them invincible, said a Nigerian soldier who attended one of the ceremonies.

Their presence is a growing concern for Nigeria, an ally of Cameroon, which last month arrested and extradited 47 separatist leaders and deployed soldiers along the border.

Yet that hasn&39;t stopped the rebels from launching attacks from Nigerian territory in recent weeks, according to security sources.

At the end of January, suspected separatists detonated an explosive device at the Cameroon border post of Ekok, partially destroying an office.

"The truth is that many militants are hiding among the refugees, and they just cross the border at will through the forest," said Lawrence Asuquo, head of immigration at Ikom.

"They launch attacks on the Cameroonian army and they run back to Nigeria. It&39;s almost impossible to track them."