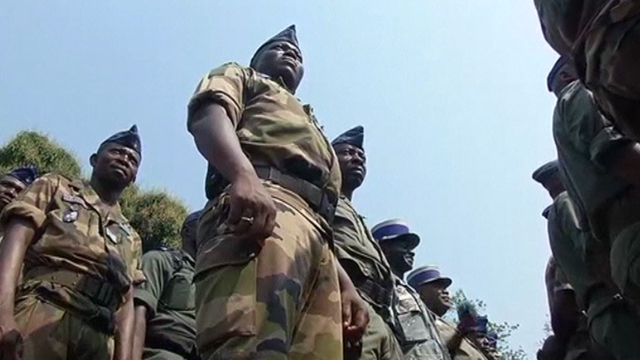 The direct order from the new leader of the Central African Republic comes as he tries to restore order in the capital Bangui.

Nguendet has deployed hundreds of troops in an attempt to curb deadly violence between Muslim and Christian militias in recent months.