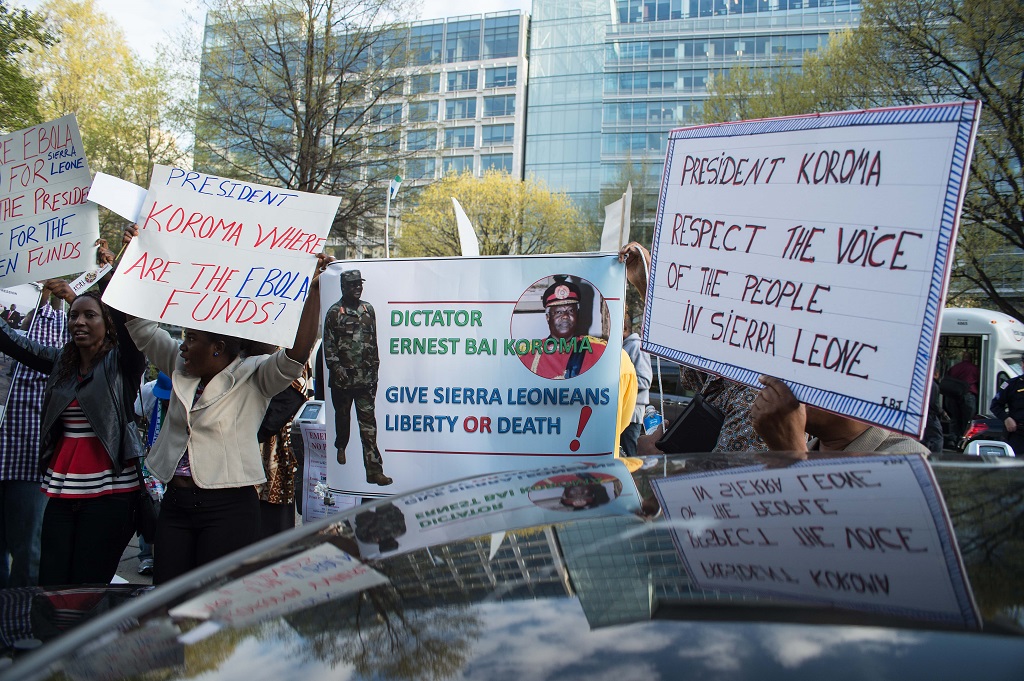 Ahead of the elections in Sierra Leone the country has banned the practice of Female Genital Mutilation fearing that campaigners would use it to buy votes in remote areas.

DAKAR, Senegal – Sierra Leone has banned female genital mutilation (FGM) until after its March elections to stop candidates buying votes by paying for cutting ceremonies, the government said on Monday.

FGM in the West African nation is widely practised as part of girls&39; initiation into powerful secret societies - led by women - which wield significant political clout.

The government last month banned initiations to prevent the societies from intimidating people during campaigning ahead of elections on 7 March and to stop candidates swaying voters by paying for ceremonies, state spokesperson Cornelius Deveaux said.

"So many politicians use initiation into secret society during campaigns to gain votes, especially those of women," said anti-FGM campaigner Rugiatu Neneh Turay, formerly the deputy minister of social welfare, gender and children&39;s affairs.

People seeking office at all levels commonly contribute to FGM ceremonies, which often cost up to $200 with food, music and the cutter&39;s fee taken into account, said Aminata Koroma, secretary of Sierra Leone&39;s Forum Against Harmful Practices.

With nine in 10 girls cut, Sierra Leone has one of the highest rates of FGM in Africa, according to UN data, and is one of only a handful of African countries which has not outlawed the internationally condemned practice.

The ritual typically involves the partial or total removal of the female genitalia and can cause serious health problems.

The ban is the first of its kind during an election season and applies until 31 March, according to Maya Kaikai, Sierra Leone&39;s minister of local government and rural development.

Former minister Turay said she hoped the ban would pave the way for activists to work with the government to stamp out FGM.

But global human rights group Equality Now and aid agency ActionAid, which are both working to eradicate FGM in Sierra Leone, said they did not see the ban as a sign of progress.

"This is just a political move," Felister Gitonga of Equality Now told the Thomson Reuters Foundation. "It has nothing to do with protecting the rights of women."

Sierra Leone also banned FGM in 2014 during the height of the Ebola crisis amid fears that cutting rituals would exacerbate the spread of the disease. Although the practice dropped off at the time, campaigners say it has since rebounded.

Last month neighbouring Liberia banned FGM for a year under an executive order signed by outgoing president Ellen Johnson Sirleaf. Activists have urged new President George Weah to push for a permanent law against the practice.