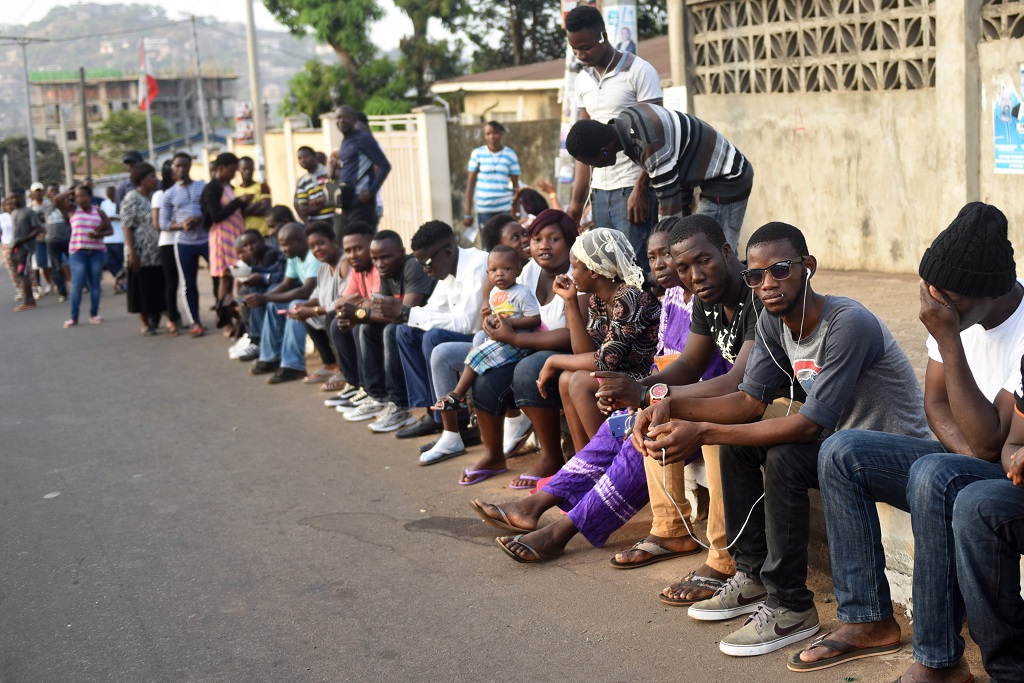 REGENT - Francis Kanu&39;s face darkens as he remembers the day of Sierra Leone&39;s deadly mudslide in August, and the months that followed, waiting for government assistance that never came.

Now is his moment of revenge against the ruling All People&39;s Congress (APC). He waits quietly in line at the ballot box to deliver his vote for an opposition party.

"The way they treated me... that did not go down well with me," he says, echoing a common sentiment in Sierra Leone&39;s Regent community, where more than 400 people were suffocated or crushed in the disaster.

The APC is hoping for another five years in power, but pockets of the country are fed up with successive mismanagement of crises including the Ebola outbreak, and the alleged corruption that diverts away funds intended to stop them.

"There was heavy rock lying on top of my brother. He was dead," Kanu recalls, adding that his wife and child escaped a similar fate only because the baby had needed medical attention.

The 28-year-old security guard speaks with controlled anger about the failure to help him recover his possessions or provide housing after waters and debris swept away the family home.

He now lives with a friend to save costs, while his wife and baby are back upcountry where daily necessities are cheaper.

The disaster, he says, "changed my mind". He is voting for the main opposition SLPP.

This community was initially held together by the rush of humanitarian workers that arrived after the partial collapse of a mountain onto houses illegally constructed below.

But, several interviewees said, that aid soon dried up.

Father Joseph Emmanuel Bangura says he observed a sea change in Regent as politicians made their rounds during the campaign.

"The problem in this country is that when it is campaign time they say all these beautiful things, but when it comes to the reality whether they do it is a whole other ball game," he said, his white gown flapping in the breeze.

"We hope that this election will make a bit of a difference. People are gaining consciousness now; people are aware of the issues," he adds.

His church has continued to provide help where it can.

"Many of them when they left the camp were not housed so we had to provide rent, in some cases for a year in advance," he says.

Distrust in the APC does not mean it will not win this election: well resourced and still popular in its northern strongholds, well away from the Freetown disaster zone, continuity candidate Samura Kamara has strong appeal.

But the APC and SLPP cannot rely on ethnic and regional vote blocs alone in the capital, which has a more diverse and educated population.

Two new parties, the National Grand Coalition (NGC) and Coalition For Change (C4C), hope the economic mismanagement of the last 10 years under outgoing President Ernest Bai Koroma will give them a chance to break into the mainstream.

A deep orange scar on the mountainside is still visible on the horizon as Mohammed Kargbo, a first-time voter stands in line. Experts say a repeat is almost inevitable without immediate attention.

"We need changes. I am not a kid anymore, I know what is good and what is bad," he tells AFP, adding that a friend in the community took him in after his home was destroyed.

Also pledging his vote for the main opposition SLPP, Kargbo says he "never received anything" from the government.

He shrugs. "I have no problem with that. Thank God my life was saved."

Fatmata Kamara remembers "a loud noise, trees uprooting, stones falling everywhere. There was a lot of confusion", before her home was submerged.

She is living back in the danger zone despite warnings it is unsafe, and has managed to scrape enough money together to rent a place for herself and five children.

Kamara represents another issue for the upstart movements attempting to elbow their way into the Sierra Leone political scene.

She is voting for whichever party the local chiefs tell her to, she says, "or there will be problems".