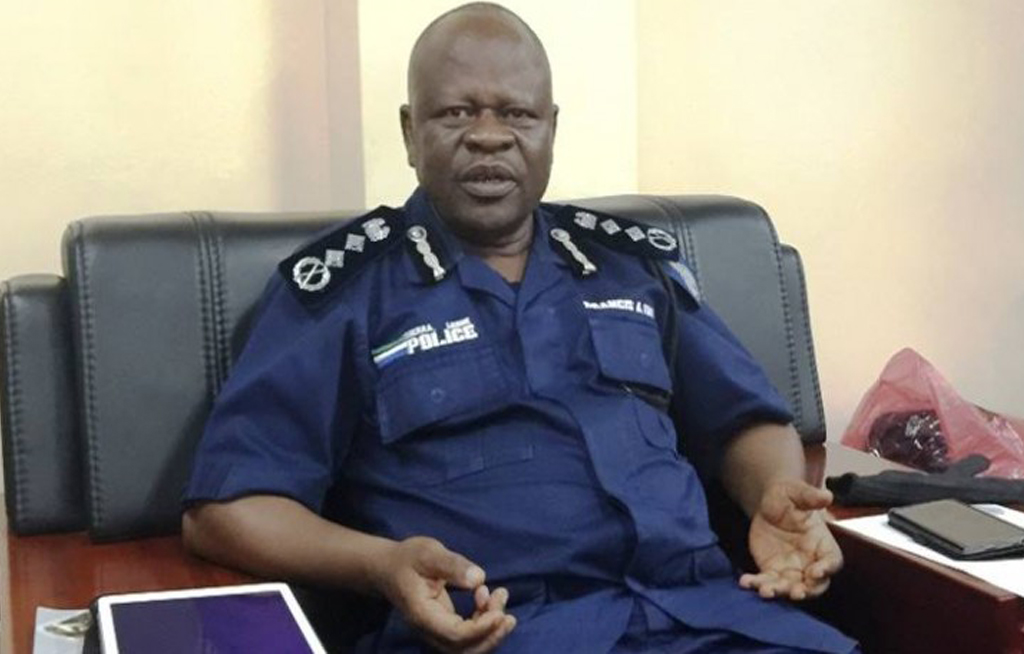 Former Inspector General of Police Francis Munu was reassigned to an ambassadorial post in neighbouring Liberia after being removed from duty last week, and replaced with Richard Moigbe, his deputy.

FREETOWN - Sierra Leone&39;s opposition on Monday said it welcomed the replacement of the country&39;s police chief following his sacking amid accusations of institutional political bias and endemic corruption.

Former Inspector General of Police Francis Munu was reassigned to an ambassadorial post in neighbouring Liberia after being removed from duty last week, and replaced with Richard Moigbe, his deputy.

The decision by President Ernest Bai Koroma -- who has not commented on the matter -- came after pressure by the opposition Sierra Leone People&39;s Party (SLPP) over the arrest of their party spokesman Lahai Lawrence Leema and the detention of several more supporters.

"We are satisfied with the decision to relieve the former police boss who was unprofessional in handling political matters," SLPP chairman Prince Alex Harding told AFP.

The decision comes with tensions over demonstrations and political activity spiking in the lead-up to March 2018 presidential elections, when Koroma will step down from office.

Data from Sierra Leoneans reporting incidents of corruption to a British-backed anti-bribery platform via mobile phone found the police force to be the country&39;s most graft-riddled institution.

Beyond corruption, the force is also dogged by accusations of using excessive force.

The Human Rights Commission of Sierra Leone revealed in a report that police used live ammunition in an August 2016 protest in the town of Kabala, killing two people and wounding several more.

Meanwhile, the majority of the police detention facilities in Sierra Leone are overcrowded and have deplorable sanitation, increasing the risk of diseases spreading among inmates.