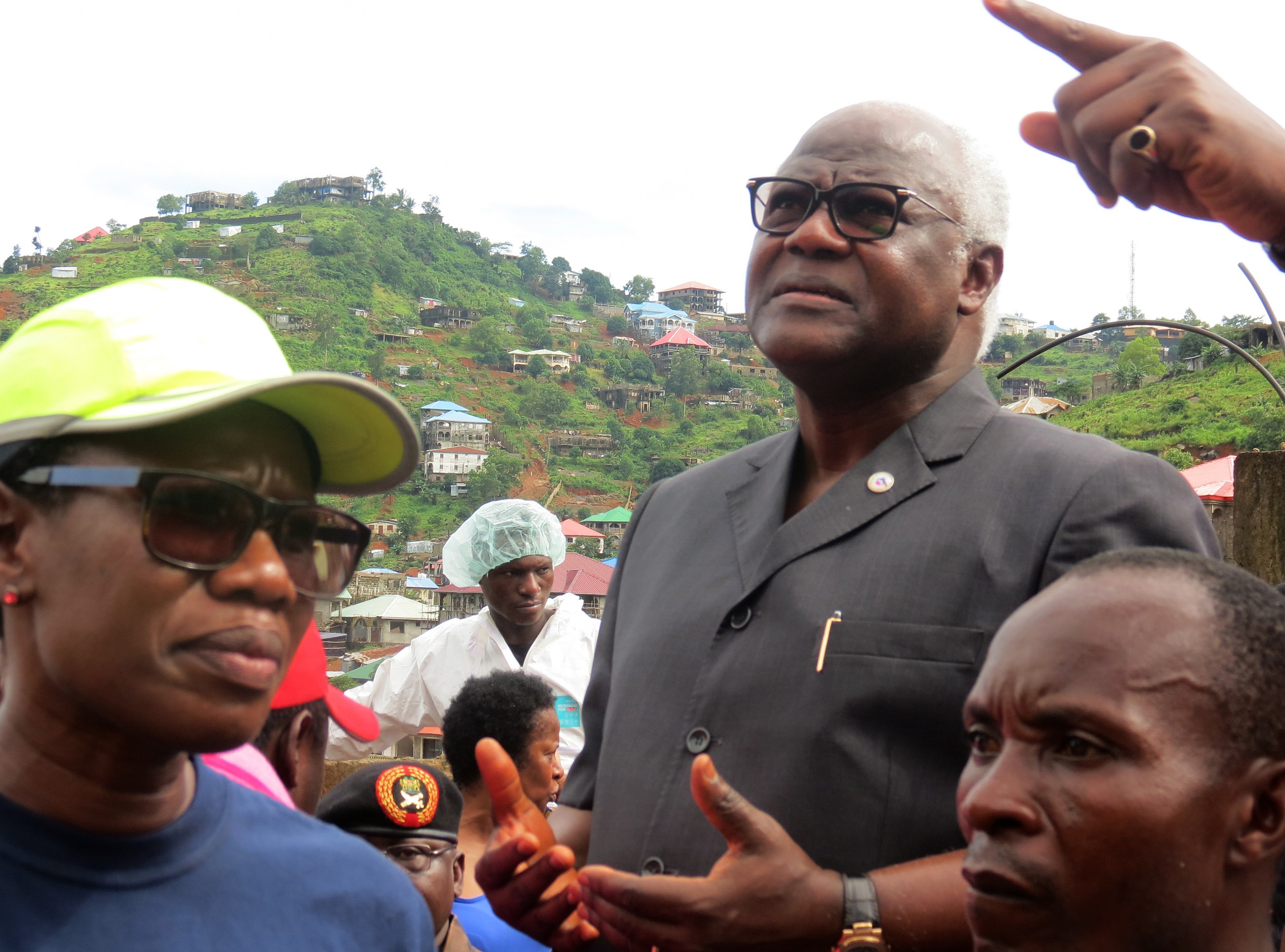 FREE TOWN,  Sierra Leone – President Ernest Bai Koroma of Sierra Leone said Tuesday that his country needed "urgent support now" for thousands of people affected by massive flooding and mudslides in the capital of one of the world's poorest nations.

Addressing the media in the Regent hilltop community of Freetown, one of the areas hit hardest by a mudslide that has destroyed homes, Koroma fought back tears as he said the devastation "was overwhelming us".

"Entire communities have been wiped out," Koroma said at the disaster site, where heavy rains streaming down the hillside engulfed homes three or four stories high on Monday, many of them built illegally.

The Red Cross said it was struggling to bring enough equipment to the site to excavate those buried deep in the mud, but several bodies were extracted by available machinery at the site on Tuesday morning, according to an AFP journalist at the scene.

Israel and Britain said they were sending aid as quickly as possible to the stricken west African city of around one million people.

Freetown is hit each year by flooding during several months of rain, raising the risk of waterborne diseases such as cholera.

Flooding in the capital in 2015 killed 10 people and left thousands homeless.

Sierra Leone was one of the West African nations hit by an outbreak of the Ebola virus in 2014 that left more than 4,000 people dead in the country, and it has struggled to revive its economy since the crisis.