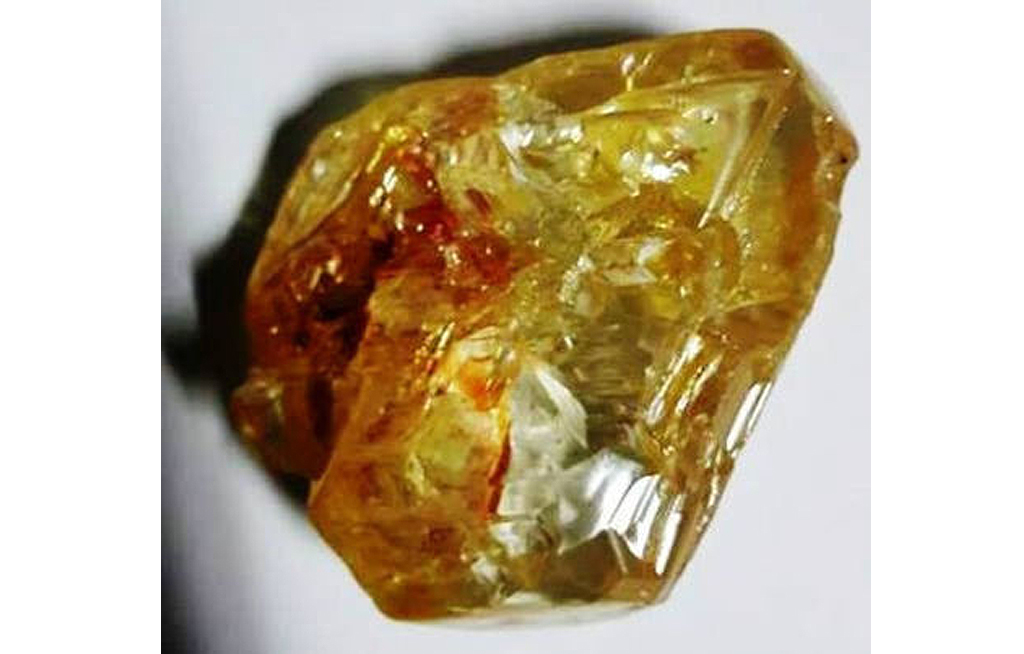 FREETOWN - Sierra Leone's government said Thursday it would seek higher offers in Belgium for a massive 709-carat diamond found by an Evangelical preacher after underwhelming offers at auction at home.

A Thursday auction in Freetown drew a top bid for the uncut gem -- which has a reddish stain that has so far resisted efforts to clean it -- of $7.77 million dollars, an AFP correspondent reported.

The prospect of bids not passing muster with the authorities had already previously seen bidding extended once to May 10 at the central bank, where the gem was placed for safe keeping.

Emmanuel Momoh, a 39-year-old pastor who is also one of hundreds of so-called artisanal miners in Kono, Sierra Leone's key mining district, unearthed it in March and handed it over to the government.

Momoh, who remains the official owner, told AFP the diamond was worth far more than bids made to date.

"I want my diamond to be sold abroad so I can get the best price to enable many people to benefit from the proceeds," said Momoh.

"I’m expecting not less than $50 million from the diamond," Momoh stated after attending the auction with his wife and several of his employees.

READ: Giant diamond discovered in Sierra Leone to be auctioned

British citizen Ziad al-Ahmadi, based in Belgium's diamond trading centre of Antwerp and reportedly working for Raydiam BVBA, lodged the $7.7 million bid which failed to match the government's unspecified reserve price, prompting the decision to try again in Belgium.

“We are going to sell the diamond in Antwerp, Belgium, for us to get the best (bid) within the next few weeks," said Sahr Wonday, director general of Sierra Leone's National Minerals Agency (NMA).

Experts say the diamond is between the 10th and 15th-largest ever found and the biggest uncovered in Sierra Leone in half a century.

Ahmadi told reporters the colour of the gem made him doubt it would attract much more than $7 million.

The Ministry of Mines and Mineral Resources said last month it had tried to clean the diamond "by boiling (it) in hydrofluoric acid and nitric acid for 72 hours," but it was not enough to be able to set an accurate value estimate.

Deputy mines minister, Ignosi Koroma, says the government is committed to achieving a competitive and transparent sale despite the underwhelming local bids.

Diamond trafficking, notably to neighbouring Liberia, has left a deep scar on Sierra Leone after helping to foment a brutal civil war which lasted a decade from 1991.

Experts say the money emanating from the smuggling trade in 'blood diamonds' helped to fuel the conflict in Sierra Leone and others in Africa.

A year after the conflict ended in 2002, the Kimberley Process international certification scheme was created to keep so-called conflict diamonds out of the market and lay down export conditions applying to the agreement's 75 signatories.