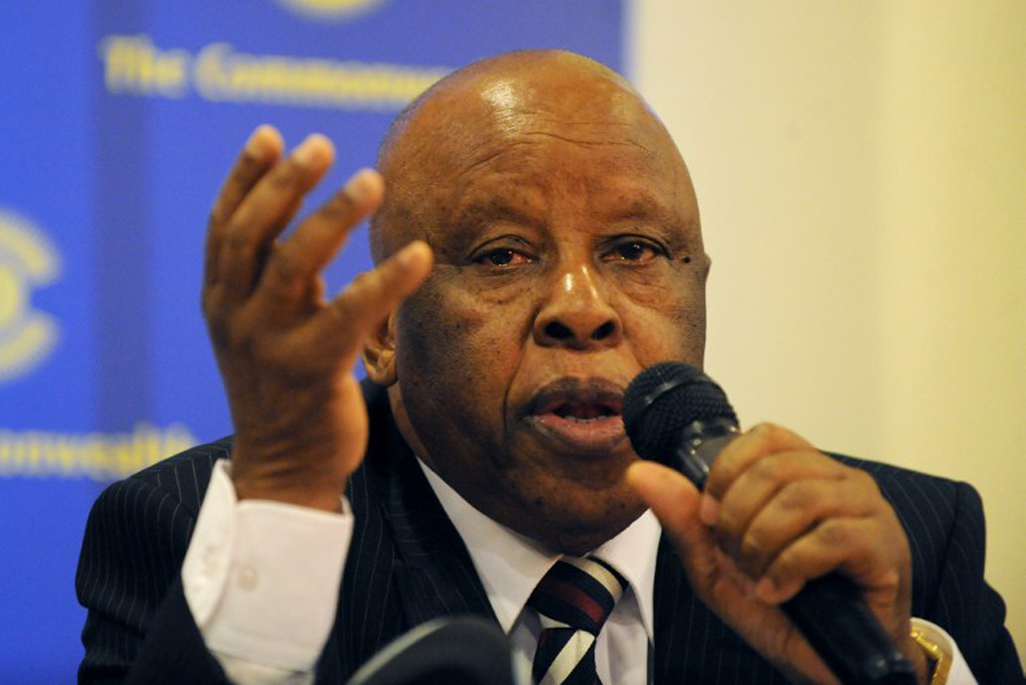 Head of the Commonwealth observer group and former President of Botswana Festus Mogae speaks during talks about April elections on March 28, 2011 in Abuja.

ADDIS ABABA – The African Union’s envoy to South Sudan, former Botswana President Festus Mogae, has called on warring factions in the opposition to stop the fighting if the fragile peace process is to stand any chance.

Mogae, the Joint Monitoring and Evaluation Committee (JMEC) chairperson, said in an interview with African News Agency (ANA) in Addis Ababa, Ethiopia, that the situation in the youngest country in the world was chaotic.

He said everyone, including the leaders, the opposition and the international community, needed to work together.

This was critical, especially now that there was an apparent division within the Sudan People’s Liberation Movement-in-Opposition SPLM-IO.

“The situation is uncertain. It is absolutely chaotic. We will only make progress if we persuade both sides to stop fighting, and when I say both sides, this time I mean the two factions of the opposition, the same as we would hope to convince the opposition and the government,” Mogae said.

The “unity” government is showing more fractures with the departure of SPLM-IO chairman Riek Machar from the capital, Juba, with several other officials, and the subsequent resignation of leading figure Dr Lam Akol, who bemoaned the constant conflict, both within his own party, and between the government and opposition.

South Sudan’s government spokesman, Michael Makuei Lueth, threatened on Tuesday to deny entry to the JMEC, or to expel the group altogether, unless it reopened its office in Juba and ceased carrying on business in other places outside the country.

This comes after a meeting of diplomats of the JMEC Partners Forum – the guarantors of the August 2015 peace deal – held recently in Khartoum, as well as meetings by Mogae at the African Union summit and elsewhere.

“While we don’t know the extent to which the SPLM-IO camp is in disarray, and who is in de facto control of the SPLA-IO now, what we know is that it still retains the ability to conduct operations and could threaten the relative calm of Juba, or revert to guerrilla warfare destabilising different parts of the country,” said the JMEC chairperson on his report during the forum.

Co-chaired by Sudan and China, the meeting was attended by Mogae, the UN secretary-general representative in South Sudan; US Special Envoy Donald Booth; and a number of representatives of Kenya, Ethiopia, Djibouti, Somalia, Chad, Norway, the United Kingdom, the African Union Commission, the European Union, the Intergovernmental Authority on Development (IGAD) in East Africa Partners Forum and the United Nations.

According to a communique at the end of the forum, it was recommended that JMEC and IGAD members, as well as stakeholders in South Sudan, continue to engage with Machar to understand the rules and regulations governing leadership changes within party.

“Nobody but the leaders of South Sudan know what is going on, and their end game plan. What we know is that the current relative calm can be deceptive. We know that forces of both parties, and others allied to them, continue to clash throughout the country, with a likelihood of larger battles increasing every day,” Mogae said.

“We must therefore do everything, within the powers of the international community, and the regional guarantors to the ARCSS, to prevent a relapse into full-scale war and salvage the agreement.”

To this end, JMEC endorsed the deployment of an international protection force to guarantee the protection of civilians so that Mahcar could return to Juba and for the resumption of implementation of the peace agreement.