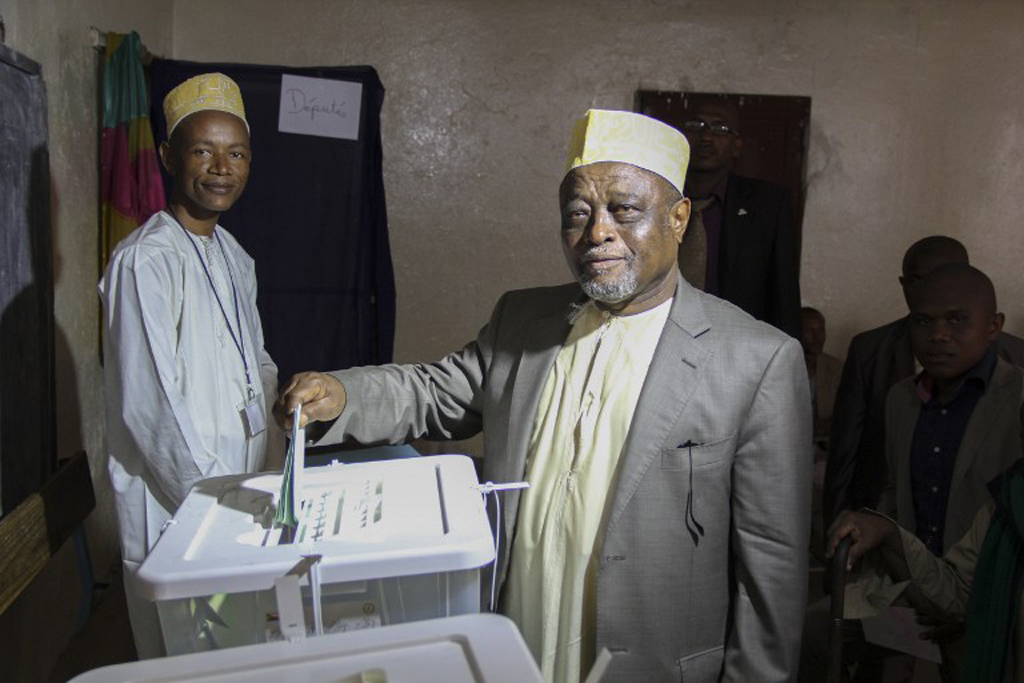 Comoros Vice President Mohamed Ali Soilihi votes at a polling station in Mbeni, 50km northeast of the capital Moroni, in a cycle of legislative and local government polls which will culminate in presidential elections next year, on 25 January, 2015.

MORONI - The vice president of the Indian Ocean archipelago of the Comoros, Mohamed Ali Soilihi, won the first round of the country&39;s presidential elections with 17.61 percent of the vote, preliminary results released late Tuesday showed.

Soilihi edged ahead of Mouigni Baraka, the governor of Grande Comore island, who garnered 15.09 percent, ahead of Colonel Azali Assoumani, who placed third with 14.96 percent.

The three candidates will now face off in a second-round of voting on April 10, with the winner succeeding outgoing President Ikililou Dhoinine.

Some supporters of Fahmi Said Ibrahim, who had been one of the favourites but trailed in fourth place, alleged his low count had been due to fraud.

Police dispersed a small group of Ibrahim supporters who gathered at the party&39;s headquarters on Grande Comore.

The first round of voting on Sunday only took place on Grande Comore, in accordance with electoral rules that ensure the president is chosen on a rotating basis from one of the country&39;s three main islands.

The system was established in 2001 after more than 20 coups or attempted coups in the years following independence from France in 1975.

Dhoinine&39;s completion of his five-term term has been seen as a sign of growing stability in the Comoros.